Craig & Karl, otherwise known as Craig Redman and Karl Maier, live in different parts of the world (New York & London) but collaborate daily to create bold work that is filled with simple messages executed in a thoughtful and humorous way. They’ve exhibited across the world, most notably at the Musée de la Publicité, Louvre, and worked on projects for clients like LVMH, Google, Nike, Apple, Vogue and The New York Times.

What are some recent, upcoming or current projects you are working on? Karl: We just finished a giant installation in Chengdu, China. The piece was made of 13 tonnes of candy pieces and covered nearly 14,000-square feet. It was part of an exhibition curated by Hong Kong based AllRightsReserved to bring awareness to the plight of underprivileged children in rural areas. Our piece celebrates the Chinese New Year in a festive and celebratory way and the artwork within the candy carpet encompasses a variety of symbology, from blooming flowers, which symbolize good luck, to stylized pandas, Chengdu being their hometown. 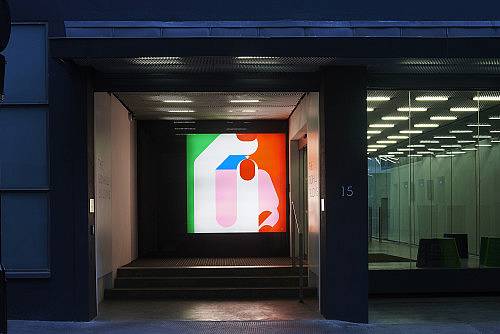 How did your interest in art or design begin? Karl: Craig’s dad is a weekend painter and my grandmother started taking me along to her painting group when I was about four years old; consequently we both had an early introduction to doing creative stuff. We met in the first year of art college, where we studied design, then over time we moved into illustration and then art direction, installation, and painting. We’re happy to shift our focus as our practices changes; it enables us to be more flexible with the end outcome of a project. We start with the idea, then see what kind of outcome most suits.

What materials do you use in your work and what is your process like? Karl: Every project we work on starts as a conversation between the two us us where we kick around ideas until we feel like we have something that can be developed further. Generally we can get a pretty specific idea of what we want to do just by talking it through. Usually one of us will then start working on something tangible, which we’ll then kick around some more, working out the kinks until we’ve got something we’re happy with.

We use a pretty wide spectrum of techniques to get to an end product. A rough sketch usually helps to get things started and this eventually evolves into digital artwork. Once we have the piece created digitally there are a whole bunch of options. For murals and paintings the work is then projected or masked and painted by hand. 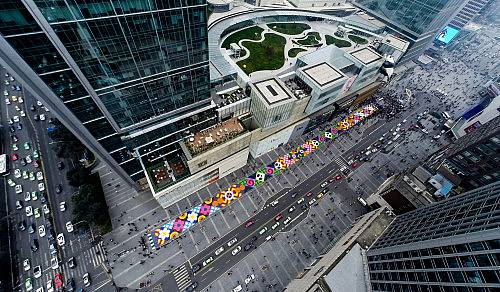 How has living in New York and London affected your practice? Craig: It’s totally changed the way we work. We moved from Australia to New York and London and it really opened us up to so many more opportunities, stuff that we would have never even considered before. We’re much more motivated and acutely aware of what other people are creating. Being able to trawl through the best galleries every weekend means we’re always super inspired to get on with our own work and make stuff happen. 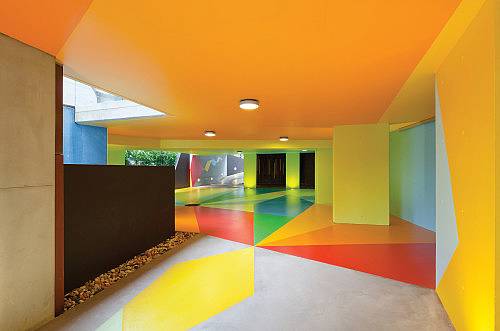 What’s your favorite thing about your city? Karl: Wimbledon and the Barbican. Craig: The secret and giant Picasso sculpture hidden amongst the brutalist Silver Towers by I. M. Pei. It’s one of few places downtown that isn’t a clusterfuck and has, God forbid, grass.

What was the last show you saw that stuck out to you? Karl: The Shell (Landscapes, Portraits & Shapes) at Almine Rech Gallery in Paris. Perfectly curated and installed, the best selection of artists and pieces.

What is your beverage of choice when working in your studio? C&K: Coffee, always.

What are you really excited about right now? Karl: Working! We love what we do and we get to work on a whole bunch of very different projects and as long as we have a good idea we’re up for pretty much anything. There’s definitely something exciting about wading into new or unfamiliar territory, it’s a good way to shake things up and try and think about the essence of what we’re trying to do.

What are you listening to right now? Craig: Basically the same stuff I’ve been listening to forever; My Bloody Valentine, Cocteau Twins and whoever is currently copying them. Karl: The War on Drugs, along with the rest of world, except I’m four years too late.

Can you share one of the best or worst reactions you have gotten as a result of your work? Craig: At a show in Amsterdam a woman came up to me and said that whilst she liked the work, the colors were absolutely repulsive. I was thrilled. 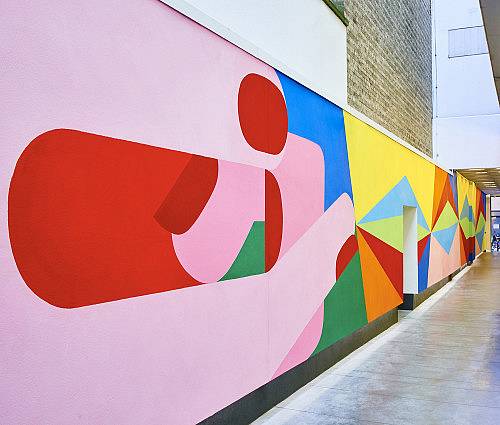