I was born in Hong Kong and I moved to Canada in 2005, I’ve been living in Mississauga, Canada since then. I’m an artist and I use performance, installation, sculpture, photography, video and painting to explore multiculturalism, identities, race and social interaction.

I recently curated a group exhibition called Under One Roof at my parents’ home, featuring works by Alexandra Bischoff, Edgar Alan Rodriguez Castillo, Brent Cleveland, Glenn Espinosa, Donja Fard, Simon Fuh, Wes Gilpin, Lynn Price, Lee Roth, Gauthier Royal, Barbara Scheed, and Jill Smith, and there was a rule for this exhibition – only my parents and sister were the audiences. It turned out pretty well I think, my dad helped me install and my mom was very into it, she was like “put there, it looks better there. Be creative, think outside the box.” My sister was a bit conservative, she felt “pretty okay.”

Now I’m working on a collaboration with Caroline Popiel for an upcoming sculptural event called Warehome 2018. Warehome 2018 features three collaborations: me and Caroline Popiel, Chantal Hassard and Rebecca Casalino, and Sage Szkabarnicki-Stuart and Samantha Jones. Caroline makes sculpture, drawing and painting and she’s obsessed with chairs and sofas. She’s made some soft sculptures out of sofa covers, and they looked like those gigantic wobbly inflatable moving, happy looking, figures. We’re gonna turn her studio into a lounge space, the lounge will have wall installations, paintings, soft sculptures, etc. 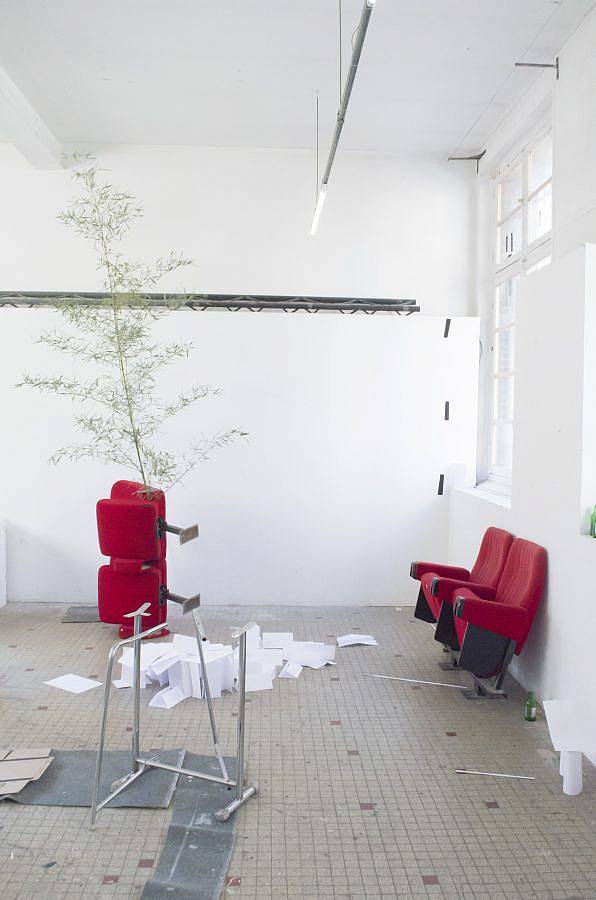 I use a lot of found objects, images from the internet, magazines and books, mass produced products and cheap stuff. I’m that type of person that doesn’t like to throw away things. I also collect a lot of random things, I have like twelve Forrest Gump VHS tapes, I like how he looks to the left. I like my studio to look messy, I can’t work in a clean and minimal studio, it’s just me, a messy studio gives me energy. I consider myself as a freestyle rapper, so I like to improvise and change things constantly. I recently did an exhibition where I changed its look everyday, each day had a different topic, I would go to the space and remove and add things, the process of changing thus acted as a performance. When you freestyle you have to be quick, your mind has to be clear and focus, you always have to look at surroundings and environments and try to catch something from here and there. Observe and explore. Places and spaces. Your eyes are like a ping pong ball, or like a cat looking at people playing ping pong.

Can you talk to us about your role at Fucking Young Canadian Artists and Can’t Complain Gallery?

Fucking Young Canadian Artists is an online platform that focuses on interviews and news journals. FY-CA used to be a collective but it ended a long time ago. (Shout out to the OGs: Bogdan Chifa, Maya Ben David, Jessica Price Eisner, Alexa Gargoum, Ryan Grover, Dylan Evans, Alex Simons, Chelsea Nicole and Emma Welch) My role is to look at art and do interviews with emerging Canadian and international artists. Sometimes being an interviewer can be a bit tricky, you have to try to learn the artists’ personalities by reading their answers and ideas. I also want to give a shout out to Nestor Kruger, my former prof, it all started because of him talking depressing stuff in class.

Can’t Complain Gallery is a portable gallery, it doesn’t have a permanent location. I started it back in 2015 because there were only two spaces to exhibit at school, I curated a few shows then I stopped for a while, I brought it back this year. My role is to find spaces and invite artists who are willing to show works at unconventional alternative spaces. I’ve curated shows in studios, bedroom, and at parents’ home. I will make exhibitions whenever I have a space.

You’ve shown all throughout Canada and Europe, do you have a favorite place in the world to be?

Home, nothing better than being at home.

If you had to explain your work to a stranger, what would you say? 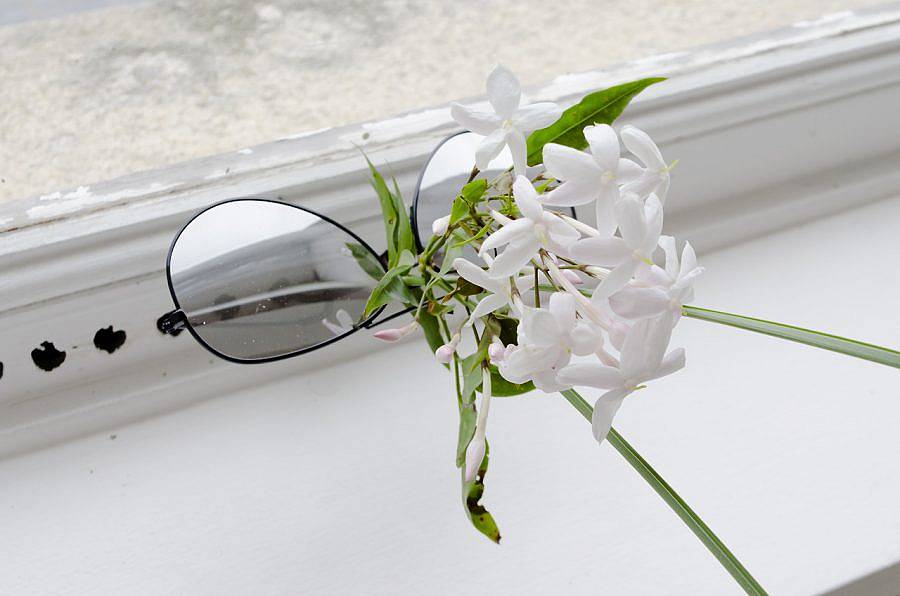 What is it like living and working in Mississauga?

Mississauga is a diverse suburban city, an hour drive from Downtown Toronto.I love the diversity of Mississauga. I love the food, You will find lots of different kind of cuisines – Indian, Chinese, Jamaican, Korean, Italian, Greek, Mexican, Vietnamese, etc. Now I’m hungry. It’s pretty chill living here but the crime rates have gone up. I don’t know what is going on.

It’s not that great being an artist in Mississauga, I currently don’t have a studio, when I need to work on my stuff I just use the living room as my studio. In terms of the art scene in Mississauga, there’s no art scene here, Mississauga has two art galleries – Blackwood Gallery and Art Gallery of Mississauga (AGM), they have some good programs. Blackwood is more experimental while AGM focuses more on the community. 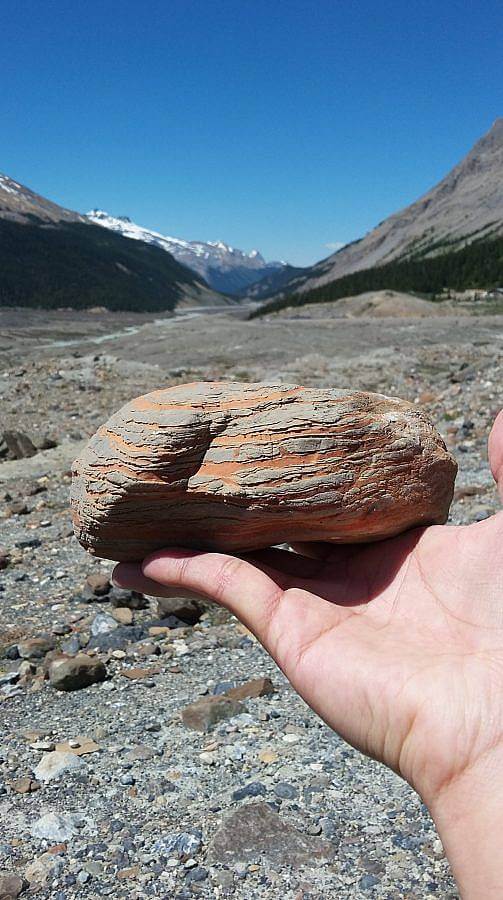 A group exhibition How Little You Know About Me at the National Museum of Modern and Contemporary Art in Seoul, South Korea, and Cécile Beau’s La région vaporeuse at Maison des arts de Malakoff.

Kids See Ghosts’ self-titled album and Jorja Smith’s Lost & Found album are my jams currently. Kid See Ghosts is so damn good, Kid Cudi and Kanye did a phenomenal job, the samples came out of nowhere, like I would have never guessed Kurt Cobain, Kanye and Kid Cudi in a same track. this album will haunt me until Frank Ocean releases his next album, which I’ll probably have to wait another five years for. Jorja Smith has been killing it since On My Mind, her voice gives me goosebumps in a good way. Besides these albums I’ve currently been listening to Whitney Houston, Lykke Li, Superorganism and Kpop music such as DEAN and IU. There’s a music video that’s been fucking with me recently, it’s called “New Light” by John Mayer, damn, this video is a god-tier meme material, it’s like looking at Justin Bieber’s Instagram (people who know me know that I used make art about JB). Beach House is my go-to group so they are always on my playlist. 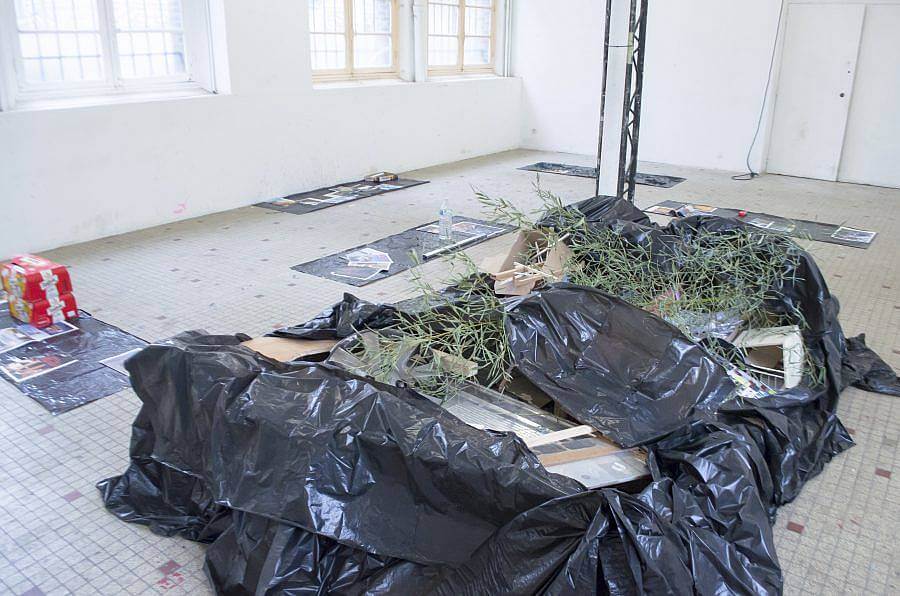 The worst reaction I have got was my second last critique in my last year of undergrad. I made a big totem, Barnacles, that reached from the ground to the ceiling, it was inspired by the Toronto housing market and the rapid growth and the fragility of condos. I had been pretty confident about this idea and the visual aspect of the work (JB was in it). My prof invited a guest to the crit, the guest was a curator at an art institution. During the critique I first explained what this work was about and then the guest came at me like Pusha T’s verses, this person wanted to end my school career. Nah, I ain’t Drake, I got no baby mamas. the guest said something like “I don’t know what’s up with the current obsession of Post-Internet art,” the guest ranted ten minutes about Post-Internet Art and didn’t really talk about my work. I was upset. #imupsethiDrake! I think he thought my work looked like something that came from the Internet. I always think Post-Internet Art isn’t about the a e s t h e t i c s but the lifestyle and human conditions.

Do you have any advice for other young artists?

I’m only 24 years old and struggling at being an artist. I can’t say much, just don’t give a damn fuck. 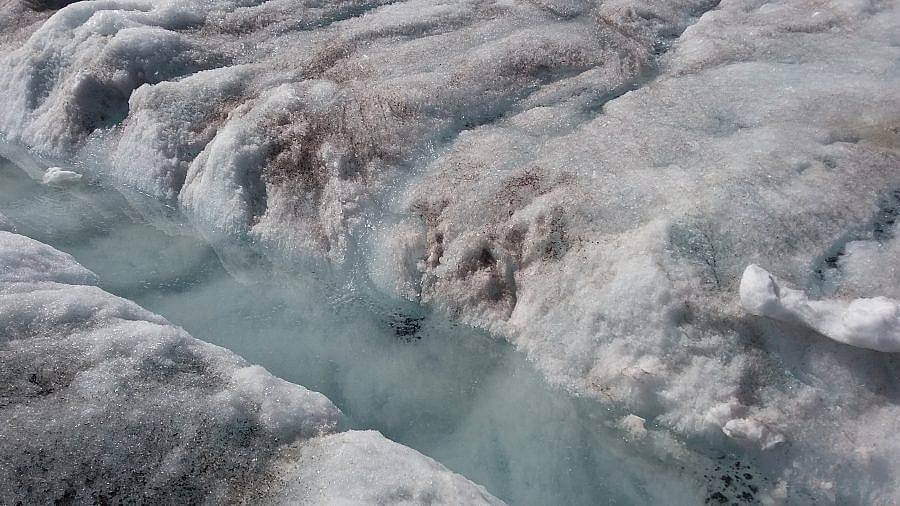