Tell us a little bit about yourself and what you do. My name is Rafa and I make music on my PC computer.

What are some recent, upcoming or current projects you are working on? I just released an EP called Last Nerve on Friends of Friends, and I am currently working on a full-length album as well.

What are you currently watching? The People vs OJ Simpson, Vinyl, and anything on Viceland.

What is one of the bigger challenges you and/or other musicians are struggling with these days and how do you see it developing? I feel like musicians in the modern day electronic realm are trying to figure out new ways to showcase their art without missing their audience. As much of a staple SoundCloud is to our kind of music; I think there’s become a unanimous sense of staleness in the air and artists are beginning to seek alternative outlets.

How has living in Los Angeles affected your music? I recently moved from Chicago to LA after graduating from college, which was a pretty drastic change for me. For pretty much half of the year in Chicago I would be forced to stay inside for days on end due to the harsh weather, which is when a lot of my best work would get done. Now that I’m in LA, there’s always the temptation to “go outside” and “do things”. Luckily, I’ve remained faithful to my hermit-like work ethic, which I hold with a sense of pride.

If you had to explain your music to a stranger, what would you say? Deeper than the Mariana’s trench. 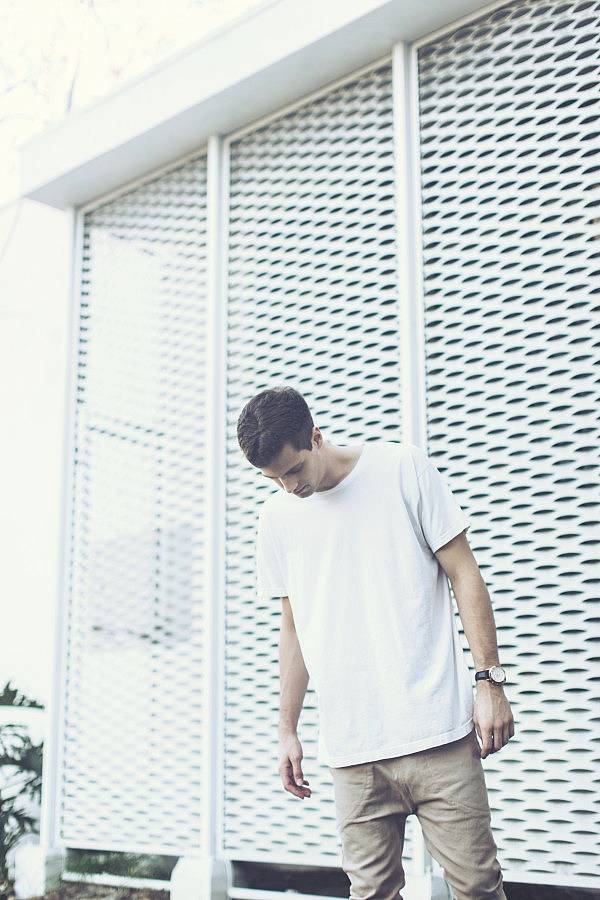 Different Sleep aka Rafa Alvarez by Jasmine SafaeianWhat kinds of music is influencing your work right now? I’ve sort of become fascinated with pop music lately, like song structure and hooks etc. It’s sort of an odd influence for me because it’s a far reach from the kind of music that I make currently, but I find myself drawn towards the simplistic nature of it. I’m starting to work on incorporating my own voice into my songs, which I think is a result of listening to so much pop oriented music.

What’s been the most exciting thing you have received from a fan? Probably this:

What was the last show you went to that stuck out to you? I saw Dean Blunt live in LA a few weeks ago, which was basically an experiment in sensory deprivation. He completely fogged out the room to the point where you couldn’t see five feet in front of you. He had flashing strobe lights lighting up the foggy room accompanied by jarring sirens on loop for 15 minutes straight before the music actually started. It was insanity, but I definitely won’t be forgetting the experience anytime soon.

Can you share one of the best or worst reactions you have gotten as a result of your music? The first full EP I ever put out as Different Sleep was a 4 song trance inspired record called Infinite. One of the songs “2013” was a straight up four on the floor, uplifting trance song that sampled ATB. I remember someone commenting on “2013” saying “Did you really just pull a Tiesto? Sorry bruh” to which I replied “U don’t like Tiesto?”