I am working on an album right now. I’m also working on some visual components for the album that we shot over the summer in Lebanon. There are a few projects I had to put away for a while that I am just now unearthing and I am excited to show them to everyone. Really, I’ve mostly been hiding in my room getting high and trying to teach myself as much as I can. 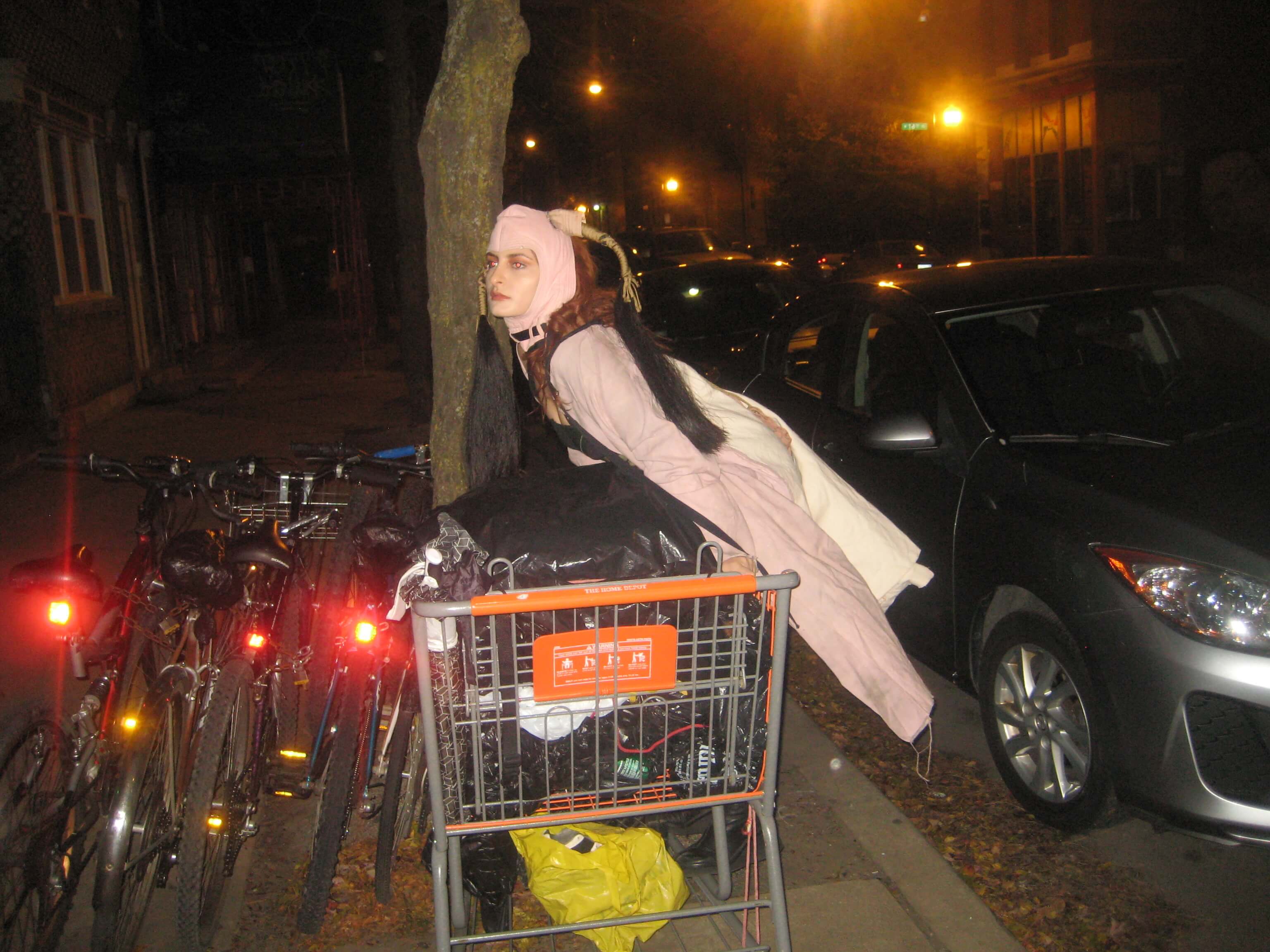 Can you describe your process in making your debut EP Blood and Sand?

It was me learning how to use programs and experimenting with their limitations. I had no idea what I was doing, really.. (and still don’t) but there was a lot of personal turmoil and I had so much anger and frustration that needed to be channeled somehow. I was also trying to figure out what sounds made sense to me, if that makes sense. I had just gotten back to Chicago after being in Beirut for a while and was translating some of those experiences.

I was in Iowa hell going to college for nothing and transferred to Chicago where I was able to relate to the music scene. I also felt very alienated from it; this introduction of social hierarchies and cult-like group fantasies, where exclusion and intimidation is a dogma. There were a lot of different voices and music being made around me that encouraged me. I have always had an interest in music, and especially since moving to Iowa when I was young-it was the only way to escape my environment.

How has living in Chicago affected your music?

I don’t know if I can separate what I’m doing from where I am.

What are some of your biggest influences on your music?

My imagination of fictional spaces and environments. Sometimes imagining myself in another place is really inspiring. In terms of music, I have been listening to Nirvana non-stop this winter, especially their first album, Bleach. I’ve also been watching a lot of Pasolini’s films.

I performed with Drew Mcdowall and Hiro Kone last month and I really loved them.

I’ve been writing a lot. Fiction stories and poetry. Me and my sister wrote and shot a film recently that is now being edited. I am in seclusion mode and spending a lot of alone time in my room.

Like I said earlier, a lot of times when I am working on music, I am imagining a sonic landscape, and it is very visual. I think you can really tell in songs like Spit, Swallow and sometimes they are both being produced as a conversation with each other. In the video of Spit, Swallow, I am walking around in Chicago at night, the walk becomes a performance because of my confrontation with the camera and it becomes more difficult as it goes along and as I continuously fall, I am fighting to stay in the camera’s viewpoint as it moves along, passive and indifferent by my falling.