My name is Taylor Marie Prendergast, also known as Peegirl. I am a Los Angeles-based multi-disciplinary artist working in painting, performance and video. Peegirl is smart and pretty. 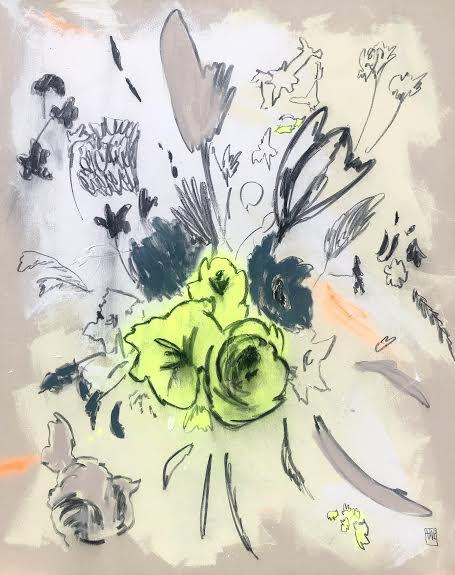 Is Peegirl your alter ego? What is she like?

Freud said the alter ego emerges from the narcissistic stage of childhood, which is interesting because it means an alter ego really emerges from a kind of primordial vanity. The alter ego is protective in this way. But it is also a way for the ego to get what it desires but cannot access in actually. I think, with regards to Peegirl, I’m often confronted with the question of what is an alter ego? Is Peegirl even an alter ego?

Peegirl and I are the same, existing in the same container, rotating around each other, not combined yet inseparable. What’s fun and challenging about my performance work is that Peegirl ultimately offers a sort of exclusively ephemeral and immediate experience. Being, or sometimes even acting as Peegirl, is almost like some healthy form of dissociation in an already hyper-dissociative world. The difference between “me” and “her” is that her effect is confined to the present, in space and time, such that translating it into text, written or otherwise, becomes nearly impossible, or at least very difficult.

My studio is in downtown LA in a large warehouse. The warehouse is divided into many smaller studios and the dividers don’t reach the ceiling. So it’s either freezing or boiling hot. My studio is currently chaotic, which is rare for me, there are large drawings laying everywhere because I do a lot of my work on the floor. Once I put a painting on a wall, it becomes too precious and I become withdrawn and repressed. I need it on the floor so that I can experiment and play freely.

How does living and working in LA influence your artistic practice?

Los Angeles offers us such a diversity of playgrounds. I have friends in music, photography, writing, teaching, painting, acting, directing, the list goes on. These relationships often turn into creative opportunities that I wouldn’t have elsewhere, such as collaborating on a song with SOPHIE. And when one medium becomes stagnant, another pushes itself upon you.

There’s a very particular way “high” and “low” interact and clash in LA that I also think is important to my work. The visual landscape is so complex, so charged, so beautiful, so kitsch—it all makes for a very rich environment. The play between repulsion and attraction in my work probably, and naturally, reflects some kind of engagement with Los Angeles. 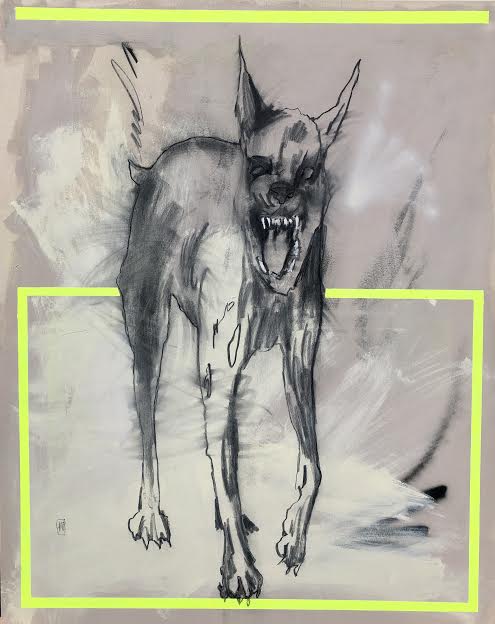 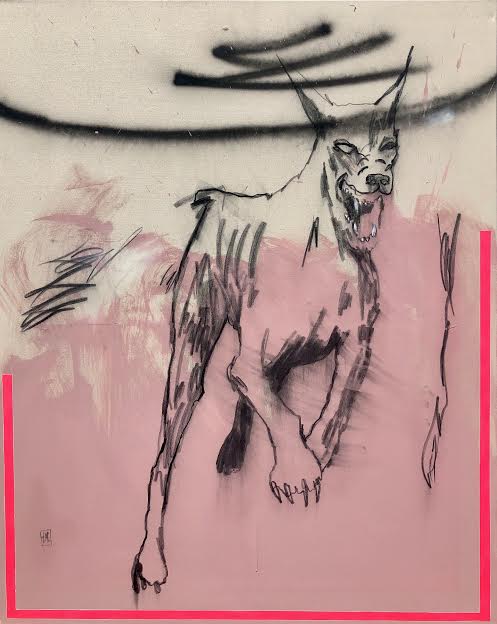 Text on your website written by Jack Levinson mentions the phrase “hellish sublime” to describe your work. What do these words mean to you?

I use the feelings of attraction and repulsion to create paradoxical dramas that overwhelm and welcome the viewer into a tender chaos. The idea of a “hellish sublime” is in some ways a reflection of the thorny, hectic world we live in—one that promises an illusion of security and happiness amid the fog of terror and chaos. For me, the most important creative works contain something that instigates conflict, either with the viewer or within the work itself.

Can you elaborate on your use of dogs in your 2D work?

I grew up with a very rigid sense of what heaven and hell meant, and that rigidity yielded a lot of internalized feelings of shame. The dogs began as a way for me to rethink what the gates of hell might look like, a way of rethinking these imposed ideas of negativity, whether they be social or religious impositions. What if these monstrous, mythical dogs were seen as companions? What if they are guardian angels? Toxic, yes, but also vigilant. That’s what makes them exciting. They act as a means by which I can reconsider and play with inherited constructs that actually are quite violent on a day-to-day basis. 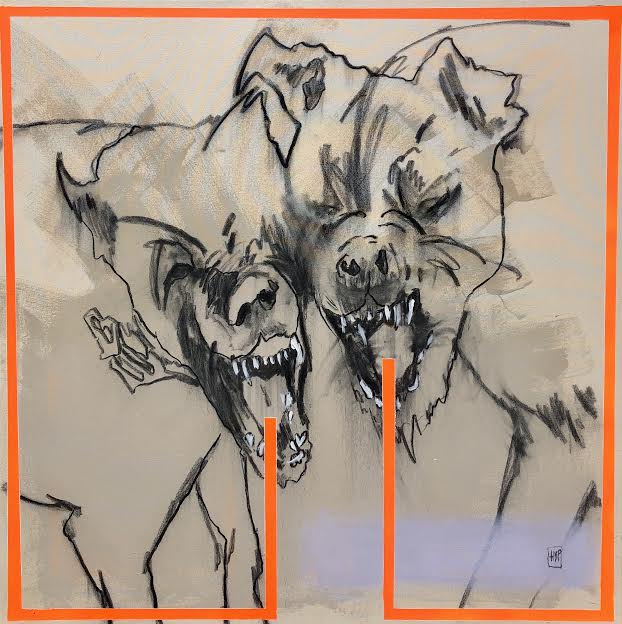 Artists use Instagram in so many ways, whether it be to market themselves or post their inspiration. How do you think Instagram plays a role in your practice?

Instagram is really like an archive for me. I’ve been making videos of myself for a long time, long before Instagram. But the app lets me catalog these videos and share them with others. And so ultimately it’s also put my different practices in conversation in really interesting and new ways. It assembles my performance work and my painting together, and that opens up a whole new set of intersections to explore.

Are you mostly making paintings now?

I’m currently in this phase where I’m exploring new subjects for my paintings and drawings. I’m playing around a lot in the studio, but that’s all I can share at the moment. I’m also collaborating on a few video performance concepts that we’ll be shooting this year.