PM: Lots of memes. An integral part of our work process is sending memes to each other through dm’s. Especially tide pods and hot pockets.

JK: Yeah, we love memes. I think they are the most exciting art being made right now, and the most distinctive to our times. If we were living in the renaissance, memes would be the master paintings. In our work we try to have a mix of beauty, humor, absurdity and cultural discussion – what does this better than memes? 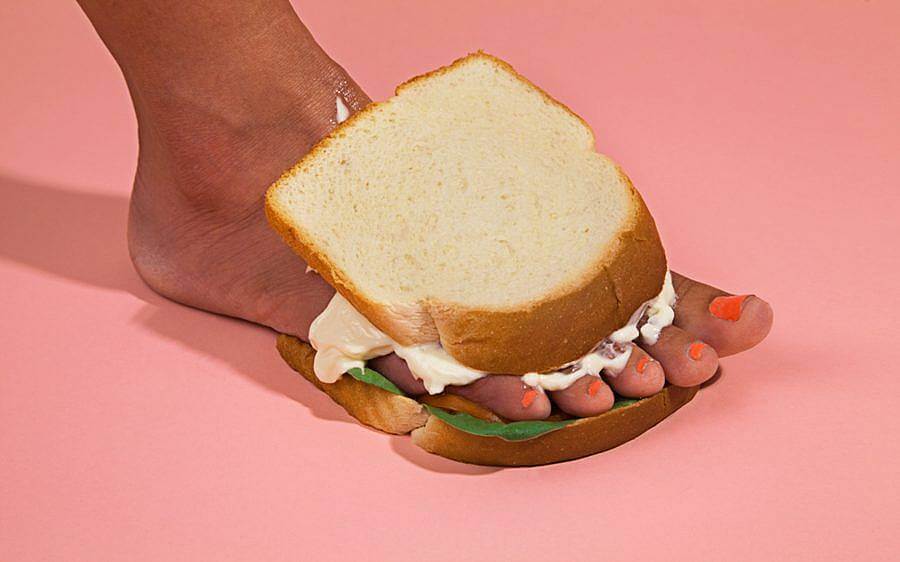 What is it like living and working in New York City?

PM: It’s like a complicated love/hate relationship that you can’t leave. There’s such a dense concentration of artists and designers, it’s endlessly inspiring and it forces you to push your work to the next level. At the same time, the downside is that the standard of living is expensive and it seems to keep going up every year. In addition to LAZY MOM, I have a part-time day job doing web production. It’s not creative but it pays the bills and allows me to take more creative risks. For the collaboration, we’re pretty selective about what kind of projects we take on.

JK: Living in New York is definitely a double edged sword. We’ve both been here pretty much straight since we were 18. I think the secret to staying sane in New York is to leave often – day trips, vacations, live somewhere else for as long as you can. I got a car two years ago and it’s great to be able to escape for a few hours when you just need to see trees. At the same time, it’s incredibly inspiring place to live and work. People here are not lazy or apathetic. Everyone, in every field, is constantly pushing themselves to produce the best possible work. One thing I love about New York is how many different industries there are, unlike other cities (ahem….LA). You might be a hot shot publisher, but the bankers will keep your ego in check. I grew up in a small city in central Wisconsin and I don’t take it for granted how close we are to so many different forms of power here. Everywhere you turn there are people who are shaping our culture. New York is the greatest city in the world. 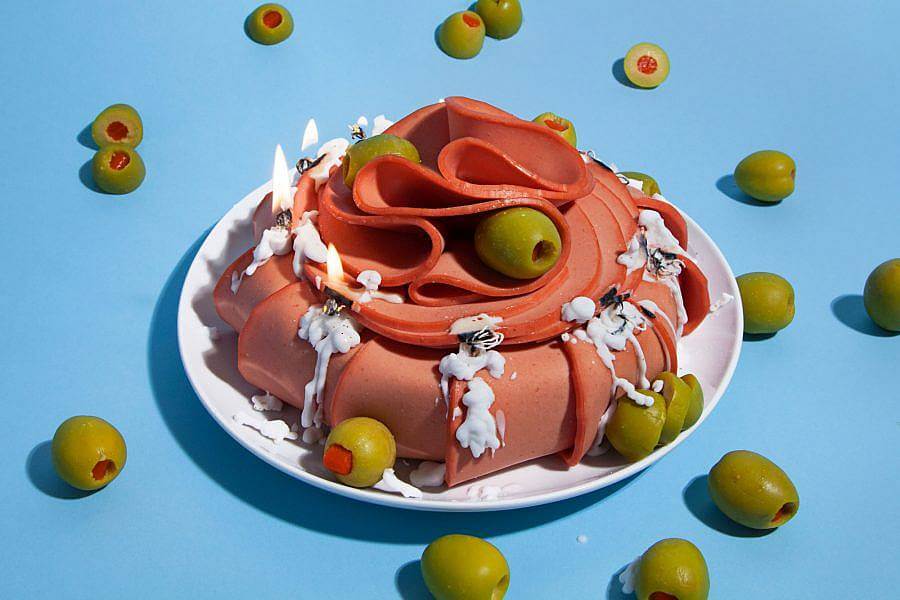 JK: My favorite food to eat is like a salad with kale, cucumber, sweet potatoes, and free-range chicken. My favorite thing to photograph is processed nacho cheese and hot dogs. There’s a pretty strong inverse relationship between what I like to eat and photograph. Healthy food just isn’t as funny as the super processed stuff.

PM: I could pretty much eat Thai and Vietnamese food all day everyday. Favorite to photograph (and touch) would be jello. We’ve encased a lot of different things in jello–cheese, hot dogs, fruits, eggs, flowers.

JK: Oen of my favorite shows from 2017 was Eamon Monaghan at The Hand gallery in Ridgewood Queens. Eamon is a filmmaker who hand carves every set element and prop in his films. His attention to detail is amazing and inspiring. He often creates an item multiple times, in different scales for different shots. He also creates mechanical elements, conveyor belts, fans, etc. It’s a mind-blowing level of detail, attention, and obsession that’s really inspiring. 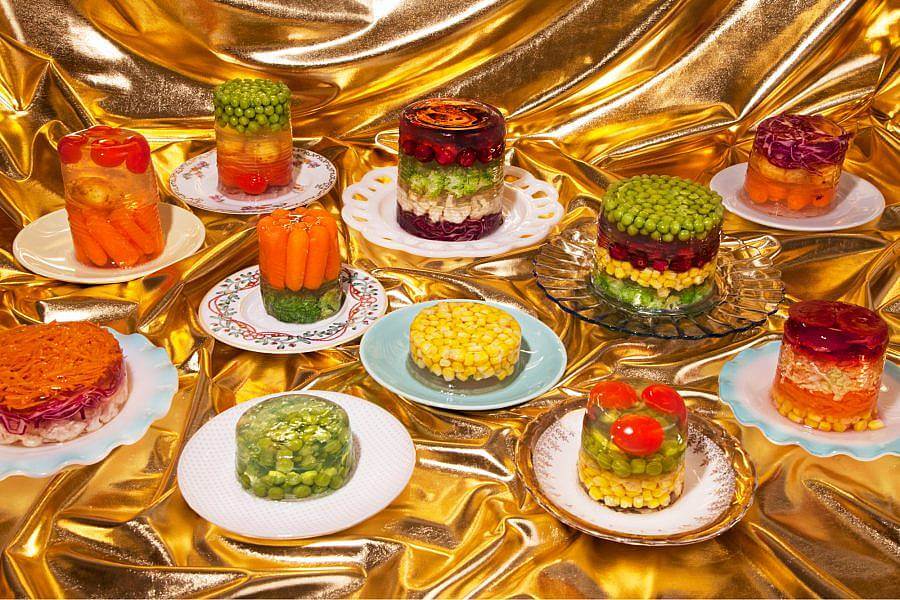 PM: Recently, we made a holiday photo series for Vice. We were inspired by vintage cookbook aesthetics and food memes. I’m really excited about the release of David Chang’s new show on Netflix, “Ugly Delicious,” coming out February 23. We made a stop motion opening sequence for one of the episodes.

What is your absolute favorite place in the world to be?

JK: Surfing, in the Rockaways, but there’s no trash. It’s September so the water is warm but the beach isn’t crowded. I’m on a wave, and there’s a humpback whale breaching a couple dozen yards over (this actually happened once), it’s sunset and the sky is hot pink, and everyone in the water is attractive, interesting, and maybe naked. Brian Eno is being blasted over the whole beach and they’re giving out free fish tacos. 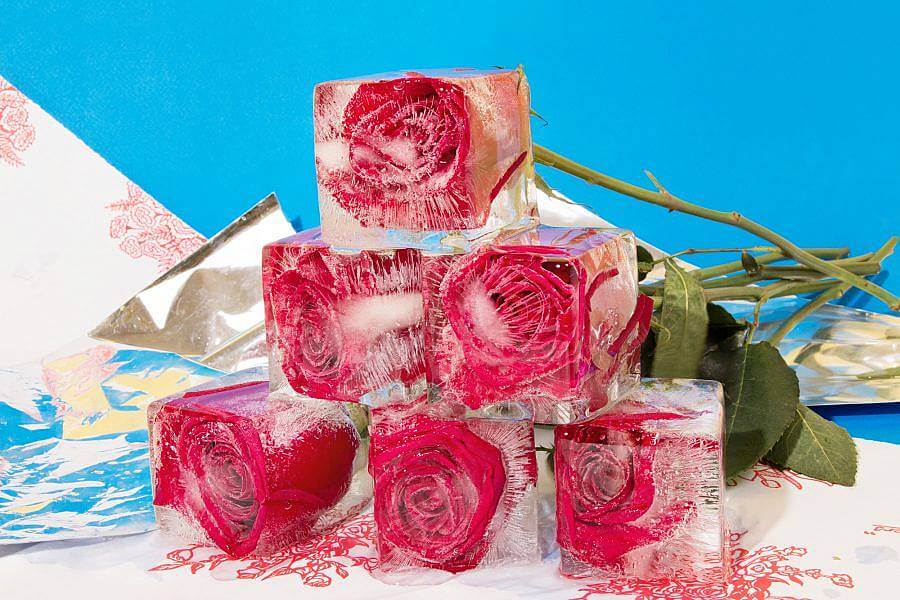 JK: The best is when people have a physical reaction to it, when they say they can taste or smell a gross combination we photographed. The worst to me is when people complain about us wasting food. We eat a lot of what we photograph and try to waste as little as possible. Also, that energy is better directed to the larger food system; America wastes 40% of the food it produces – yet ⅕ people regularly go hungry in this country.

PM: We get to see a lot of first reactions to our work at book fairs. The best is when people just start laughing. Worst is when they look horrified and ask “Why would you do this?” I guess it’s not for everybody. 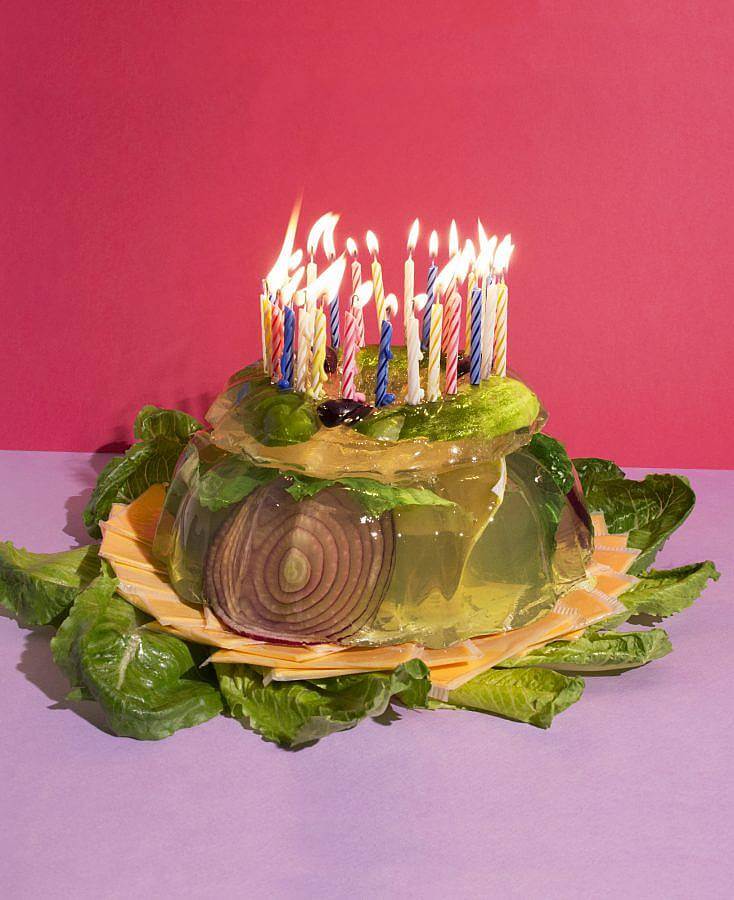 JK: I’m really interested in whoever is currently making ads for the major fast food chains. The commercials have gotten really psychedelic. One new trend I’ve noticed in the last 6 months is how every commercial has a good meat sizzle shot – where they show a burger patty cooking super detailed and close up grease flying off it and moisture bubbles popping. I don’t know if it’s just great lenses or enhanced with CGI but the level of detail is pretty mind blowing. There are now screens on the menus at McDonalds that show videos of the food cooking – it strikes me as a little much, sort of cannibalistic. Is this the future we asked for?

What do you want a viewer to walk away with after experiencing your work?

PM: Ideally a feeling that’s a mixture of joy, arousal and slight disgust. 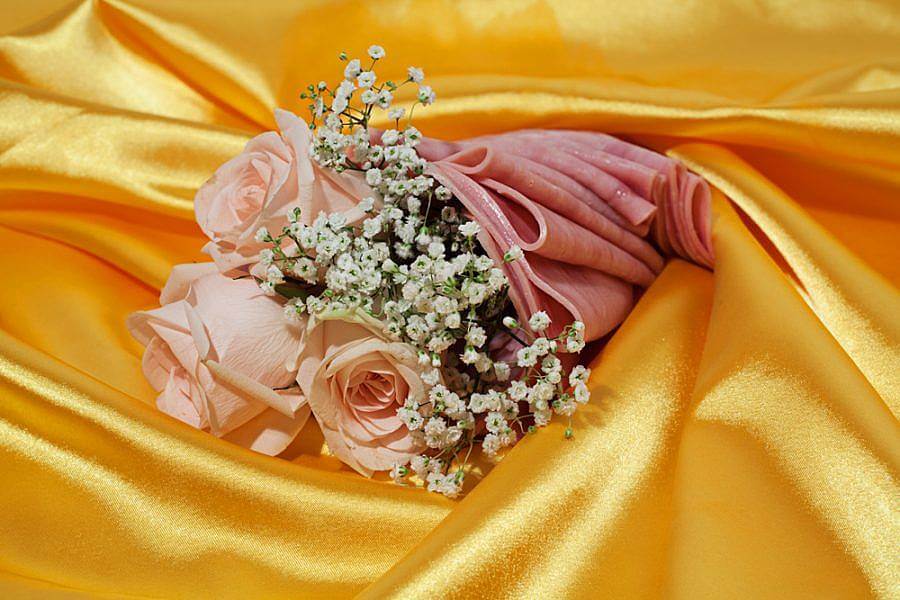 PM: The relationship between art and social media. Social media has been so important for emerging artists like us, but at the same time, it’s shortened people’s attention spans and cheapened the visual image. I don’t think people will stop using social media because it’s inherently designed to be very addictive. But I hope its continued proliferation will push true artists to question and challenge themselves outside of mass approval.

JK: I agree. Social media is great because it puts more power in the hands of the artists and democratizes who has access to an audience. Just a reminder, it’s 2018 and 80% of the artists shown in major galleries are men, most of whom are white. At the same time, people are all seeing the same aesthetic trends and being influenced by the same things, it can lead to a real homogenization of taste. 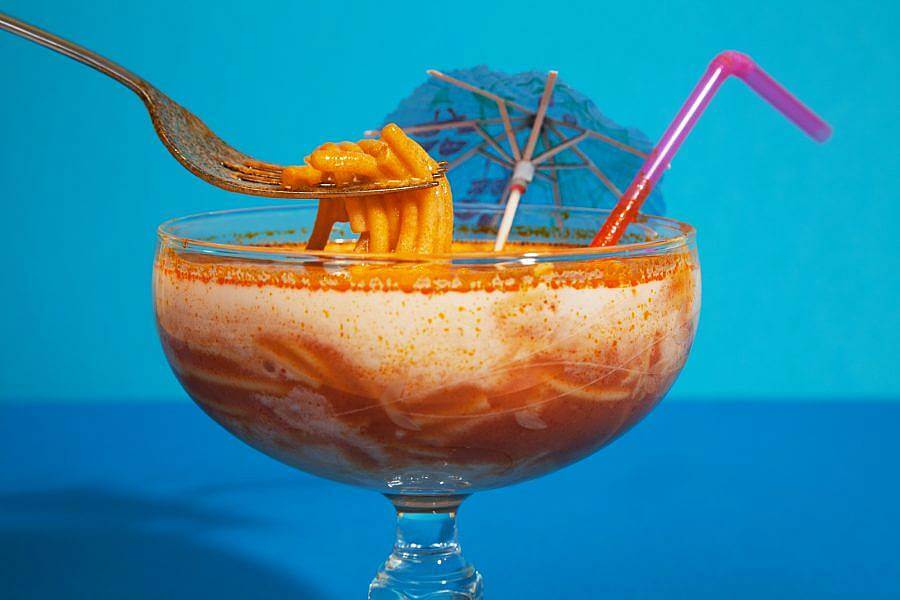