My name is Justin Guthrie, I’m a sculptor and a photographer.

How would you say growing up in Albuquerque has influenced your practice and aesthetic sensibility?

New Mexico is really only known for its natural beauty, the Santa Fe art scene, Native American and Spanish culture, crime and drugs. My upbringing in Albuquerque reflects all of that. Essentially all the men in my family were addicts and all the women picked up the slack to make sure the kids were raised right. My mother has been entrenched in Native American ceremonies my entire life and  raised me through that circle since I was able to contribute. My father was a drug addict and was very open about the darkness that can occur in life, hopefully trying to use himself as an example of what not to be. In terms of art, aesthetically I’m influenced by the ceremonies I witnessed growing up; the altars, the practices, the people, and the overall environment. In ceremony any object with proper intention can become sacred, I try to channel that in my shadow boxes. Duchamp and Pagans have a similar thought practice behind objects. My grandfather was a lifelong artist, he lived out in the woods of Alaska in a house he and my uncle built. He used any tools he could find and any spare wood that people were naive enough to leave unsecured at job sites. I learned my woodworking from my times in Alaska and how to treat your art with personal respect.

Can you talk about your Shadow Box works and how you began making them?

The shadow box works came to me as I was looking through a family friend’s shadow box collection of little figurines. I found myself understanding her more through these boxes, each item seemed to demand my attention. When my grandfather passed I thought it would be meaningful to make a shadow box of items that reminded me of him. Maybe it was his last gift to me because after that first box I realized how far I would be able to take these. I started to see the boxes as the mind, and the contents as the subconscious, based on the teachings of Jung, Freud, etc.. Even the term shadow boxes is interesting to me because of the term “shadow” which Jung described as the darkside of the personality and of society through the collective unconscious. These shadow boxes have become my way of diagnosing the symptoms of the universe. 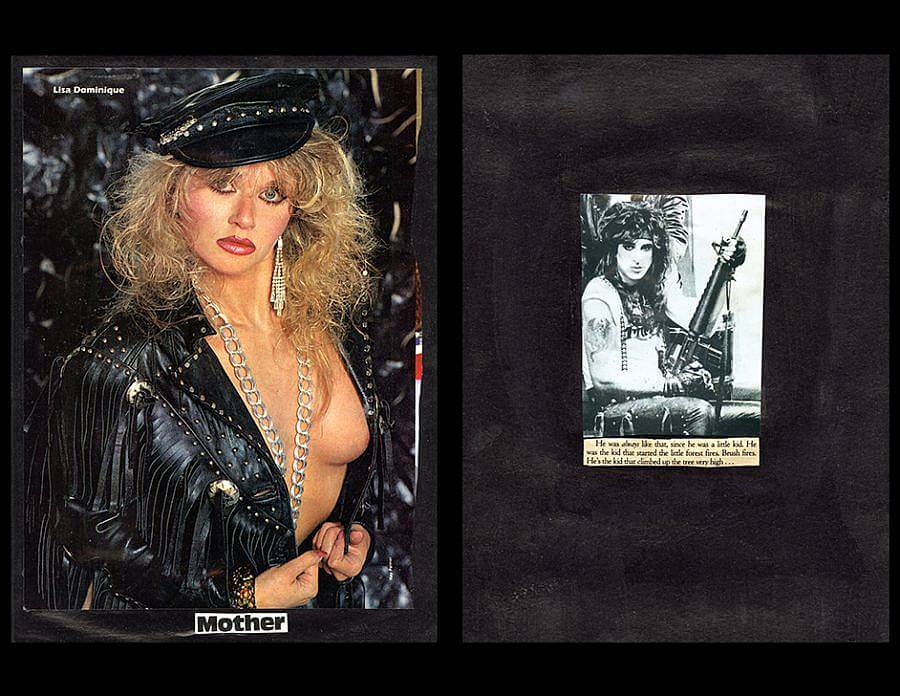 How would you describe your relationship with spirituality?

My relationship with spirituality is really one that I can’t escape. I think being heavily raised around ceremonies, spiritual thinking really ingrained in me the concept of myself being an interconnected piece of the universe. By that I mean, every move I make or every conscious thought that I think has a meaning, every second is an opportunity to grow to be more loving or descend into the darkness; a constant balance beam. To me I can’t unsee life as a test of faith and your personal good nature. Hardly even an ounce of me believes this all one big accident. I think it’s a lot more complex than the Christian concept of an old God in the sky with a binary concept of Heaven and Hell and it’s a hell of a lot more complex than two atoms colliding and now we have churches and wifi. I won’t be the first person to say what is the truth with pure conviction because no one really knows, but it is my life goal to get closer to the light, which is not as easy as it ever seems.

Can you talk about your recent book and body of work “New World Rites”?

This book started in 2020 during the Covid lockdown. I always had a personal quarrel with being mixed race. I had a talk about it with my mentor, who was an Apache man. He told me that as a human you are what you have experienced, not what category you’ve been put into. Basically, I’m a new type of human, a mixed race, and that I will have to carve out my own understanding of the world. That gave me the spark to make a conceptual book about the unique insight of being mixed race, to see the story from the friction point, where both sides meet. America itself is a mixed race, the conquered and the conqueror inside this country and my blood. This book is a poetic/surrealist take on the concept of the new world and the old world collapsing onto each other, what shines through. At one point the whole world will be mixed race. It took two years to finish this book and it’s my proudest moment in art thus far.

My studio is basically any garage I can find where someone will let me work on my sculptures. In New York my apartment was so noisy I realized no one would mind if I did wood working in the living room, I never got a complaint. One day I would like to have a permanent studio but with this rent crisis, who knows when that could be. So basically my studio is ever moving, next weekend it could be a friend’s garage, the next it could be a family member’s backyard, wherever I can find an outlet and some space.

Many of your photos appear as moments that you have stumbled upon. Do you see your photography practice as an investigative effort to search for these compositions or do you rely more on chance?

I believe it’s more compositional these days than it is chance. In the book New World Rites, about 80% of the photos were written down first and then I found the perfect setting for each photo. I used to go on long walks everyday and take photos, as practice. I tore my meniscus so the long walks have stopped, so I believe that’s a main reason why most of my photographs are premeditated these days.

Can you talk about your new booklet “Junk Drawer Lot: Lots of Random Misc.”?

As a child I had an obsession with seeing people’s rooms and their junk drawers, I believe it can tell so much about the truest parts of people. I found on ebay that people were selling their junk drawers, I wondered why? Junk drawers are so personal. I figured either they needed the money, someone died, or they are at peace and it’s time to move on. I’m a hoarder myself, anything that feels special I need to have it, like a little pagan I guess. The shadow boxes I make are my way of setting some of my precious objects free, much like these ebay posts. I thought these screenshots deserved to be printed, I will be make a small print run at some point.

What has been influencing your work lately?

Every Saturday I go to the flea market in Albuquerque and I’ve been influenced by the personal items that people sell and how they display these items. I love seeing a shadow box filled with turquoise, a Richard Nixon button, a stale candy, and broken watches. I find myself trying to understand this person’s personality through the items they have displayed and it’s inspired me to do the same in my own work. As stated prior, junk drawers on ebay have been inspiring me as well.

Do you have any daily rituals or routines?

As a routine I have to have my magnesium, I probably take about 10 vitamins a day to stay on top of my health but magnesium is a must. I listen to music, audiobooks, or podcasts at every waking hour of the day. I suppose I’m a born addict and remaining stimulated throughout the day is what helps me feed that urge in a somewhat healthy way. I try to stay in a state of grace throughout the day, I notice when I’m not being grateful I start to become a depressed person which is not a good state to be in. Your ego can trick you into thinking you’re being cheated, which may be true, but there is always some good in your life as well. My great aunt always told me to count my blessings as a kid and everyday I understand a little more as to why. Life is never as bad as you think it is, it could be 1000% times worse at any second.