I’m an artist and musician. It took me a while to admit that but I guess I’m too passionate about it to pretend that I’m not. I like to look at creativity as a practice that helps externalize my inner world and bring it to life. Wether that be through writing, singing, painting, producing etc… A lot of it is the result of a narrative in my head or memories from childhood/ early adolescence. I moved around a lot growing up so there’s plenty of stories stored in my mind, especially from Virginia. I lived there the longest compared to anywhere else. I still reminisce over the hot humid nights when I’d catch fireflies and drink pink lemonade. I can still remember the smell of rain evaporating off the pavement and the anticipation of the next storm looming over me. Lastly, I’ll never forget sweeping water with a push broom into the basement drain when hurricane sandy hit. Before that I was a little kid running around on an island off the coast of Norway, sitting on rocks with bait waiting for crabs to come crawling from underneath. I was always outside but once the streetlights turned on I would return to my room, put on a NOW cd and play “superstar” with my hello kitty brush as a microphone. I used the same brush to kill beetles, something I feel kinda bad about now. I spent my summers on my family’s farm out in the boonies catching fish, whittling bows and arrows, and burning anything that could burn. I still do these things from time to time, but most of my day is now spent mixing, editing visuals, playing cello and reading if I’m not studying or working.

How did you first get into making music and do you come from a musical background?

Before I ever got introduced to Ableton, my cello teacher had me learn how to transpose music into all the different clefs, which I used a music notation software to do. I first learned to draw the notes by hand so that’s initially how I learned the theory behind music making. There were some competitions at school for composing so I gave that a go in 6th and 7th grade, but I mainly focused on arranging harmonies for songs so my friends and I could sing them together, acapella…haha. My other friends and I started a band at some point too, and I remember Ms. Tennessee, runner up of Ms. America back in the day… told me I was going to be a country star when I grew up. I will ride off of that remark forever. In short, I learned music very quickly. I’ve always been obsessed with it. I started playing cello at 9, and by 13 I was learning Saint-Saëns Cello Concerto No. 1 in A minor Op. 33. Getting into digital music production has been a completely different story for me though. I have been nothing but humbled. Thankfully, I’ve had some really talented friends take me under their wing and show me the way. I think I was 16 or 17 when I started hanging out with them and sometimes singing on their beats. I was so inspired watching them create and realized I wanted to be able to do that too.

In regards to musical background, sort’ve.. There’ always been an appreciation for music in my family tree. The women on my father’s side had guitars and would sing traditional folk songs at family events and confirmations. My mother’s side is catholic so I grew up hearing lots of hymns, especially around my Nona. She would also throw the best karaoke parties where my inner super star felt at home. In addition, I have lots of memories of my dad playing blues guitar when I was a kid, but my parents were really enthusiastic about all music. To this day my dad is proud to remind me that he took me to see Metallica when I was 9, it being the concert I ever went to. He also let me use his guitar for recording so there’s definitely a musical legacy being passed down. To say the least, everyone in my family has an inclination towards music. They all have beautiful voices, especially my mom, and I’m sure they could have expanded on their talents if they had had the means and could afford it. 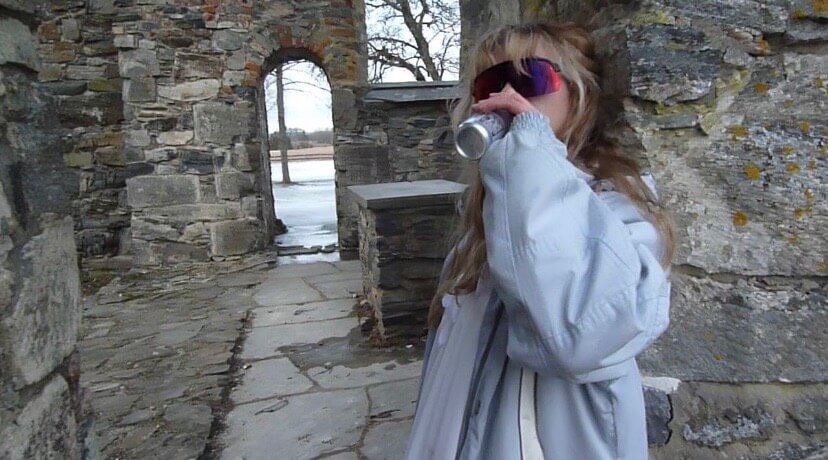 How would you describe the importance of anonymity as it relates to your music and internet presence?

I think the firmer the grip one has on identifying with certain things the more pain we experience when that reality is challenged. In that sense, I don’t find that the substance of my musical (or internet) presence needs to be interchangeable with full disclosure. I find the opposite is more fun and free anyways. Although, if I were to partake in the market on a larger scale I would probably feel more of a moral obligation to be transparent with my audience. But these takes are more of an after thought. I never felt like I knew what I was doing until a couple of weeks ago. 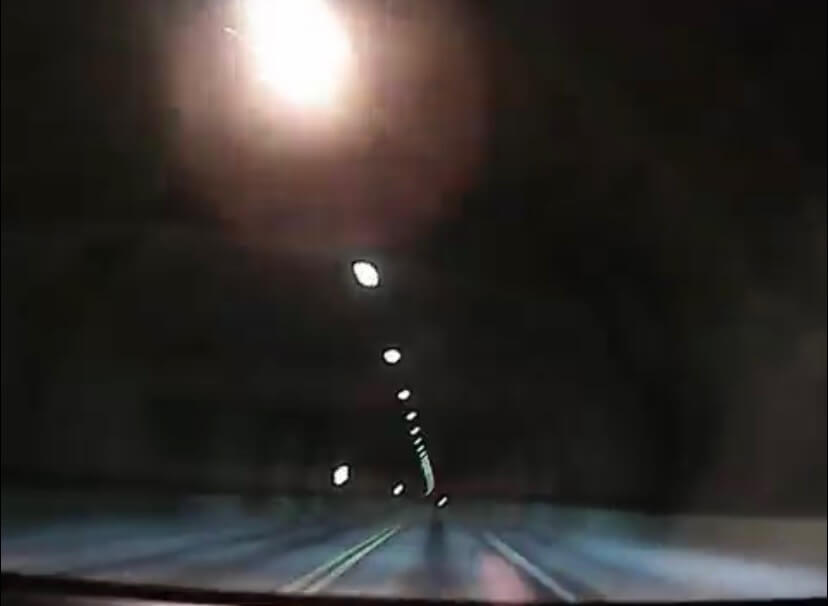 Can you tell us about the new project you have been working on?

Sure! It’s an album, maybe mini-album, depending on how many tracks make the final cut. I plan on releasing it before summer if all goes well. I’ve been working on making a full project for a while now but I wanted to be able to ensure a certain degree of skills production wise before I really got into it. I realized though that if I hold myself to my ideal standard I will never release anything ever, so I’ve accepted all the imperfections as just being part of the story. Some songs date back to 2019 but most of it is made in 2021 and 2022. It’s a play on different attitudes towards the same subject… definitely a full range of emotions. From dusk till dawn.

Your vocals are typically very dreamy and soft, how did you arrive at this vocal delivery and how does it affect your production decisions?

I’ve always wanted life to soften me rather than end up feeling hardened by it. I think this idea flows into my music sometimes, but it’s also been shaped by circumstance. I had some issues with my microphone at some point. I would also be recording at like 3 AM trying not to disturb anyone. I explore more of my range and delivery in my new album though.

For a few years now the imagery surrounding your work has been concerned with religious iconography with a very refreshing rural, American aesthetic sensibility. Do you feel at all responsible for influencing the religious micro-trend within fashion?

I remember reverse image searching my pictures a while ago and finding myself all over WeHeartIt, Pinterest and Tumblr, so maybe. But I think that religious iconography, especially the cross, has been increasingly marketed since the 60’s. One trip to hobby lobby and you can’t say different. Some congregations have more economic incentives than others.. it’s pretty apparent when going a megachurch. I’ve been twice and it was overwhelming both times. It’s also crazy looking at revenue reports from religious television networks. I guess many things in society change as technology and media develop, religion is not exempt from this. When it comes to fashion though I think that Chrome Hearts has really taken off in recent years and inspired new brands and businesses to play on the same symbols and designs. I don’t think Chrome Hearts would say it was fair inspiration though as they filed some law suits back in 2020, lol. 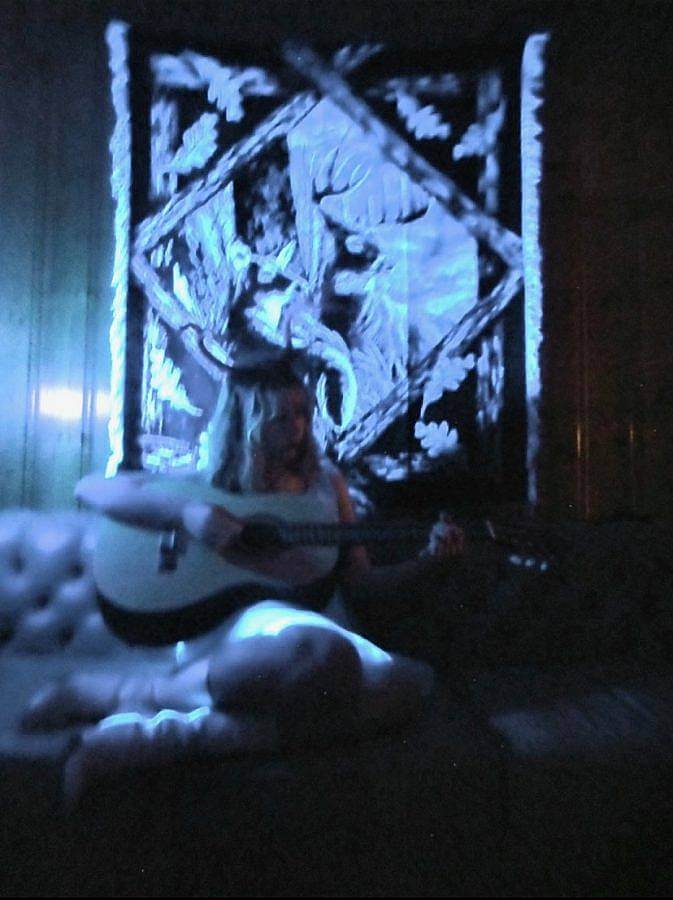 Can you tell us about the recent NTS Radio set that you did with Malibu?

Yes! I’ve been listening to United in Flames and Malibu for years, so I was really so excited when she asked me to be a guest. I made a rendition of Mein Herz brennt for it. Half of it I made in the whole mix-project so it got kinda messy, but I remember when I was close to finishing it, I had this moment where I thought to myself “ok I guess I am a producer”!. That was a really nice feeling. Mixes are such a beautiful appreciation of music and it was cool to feature my own as well as others. My friend Nils Sandgren is a really talented pianist and producer so I asked him if he had any music I could use for the mix and he ended up making a few tracks for it! Malibu’s part was such a pleasure to listen to as well.

Who has been influencing you lately?

Believe it or not , Laura Mulvey. I don’t agree with every take or the method necessarily in her essay Visual Pleasure and Narrative Cinema, but I remember noticing a shift in my behavior/thought process after reading it. I found myself out on the town one night at a friend’s show. I was pretty tired and I hadn’t planned on going so I took the role of an observer rather than someone actively partaking in the scene. I noticed there were guys staring at me and some of them came up to me and were flirty and all that. I was not receptive to the vibes so to one guy I replied “you’re really putting me on the spot.” LOL. I didn’t mean for it to come out that way, but it happens. Nonetheless, I became increasingly aware of “the male gaze” and I began to wonder if that was the only reason I was sticking around. I couldn’t shake the feeling, so I left. I told myself it was because “winners don’t stay at the club/bar past 1 am anyways.” I look back at it and I think I would have stayed there, like a loser being watched, if it weren’t for Visual Pleasure and Narrative Cinema. I guess that’s my best example of a recent influence. Otherwise, I bleached my hair almost platinum last week so I could resemble Pamela Anderson. She’s my latest obsession. 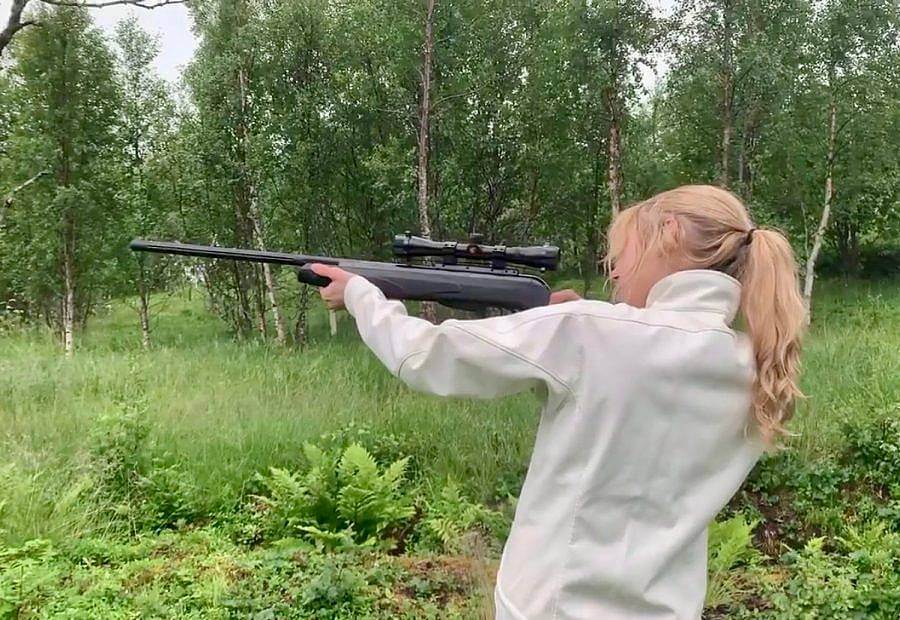 Does Witchhouse serve as a big inspiration for your music?

It has certainly. I like listening to what witchhouse artists have referenced as well, kinda like looking up a family tree on ancestry.com. Most music can be traced back really far so in that sense many different artists and genres have inspired me, but the synths and design of that music is so cool and unique. The mixing can be muddy and that took a lot of pressure off of me when I was mixing my own vocals and figuring out my sound. 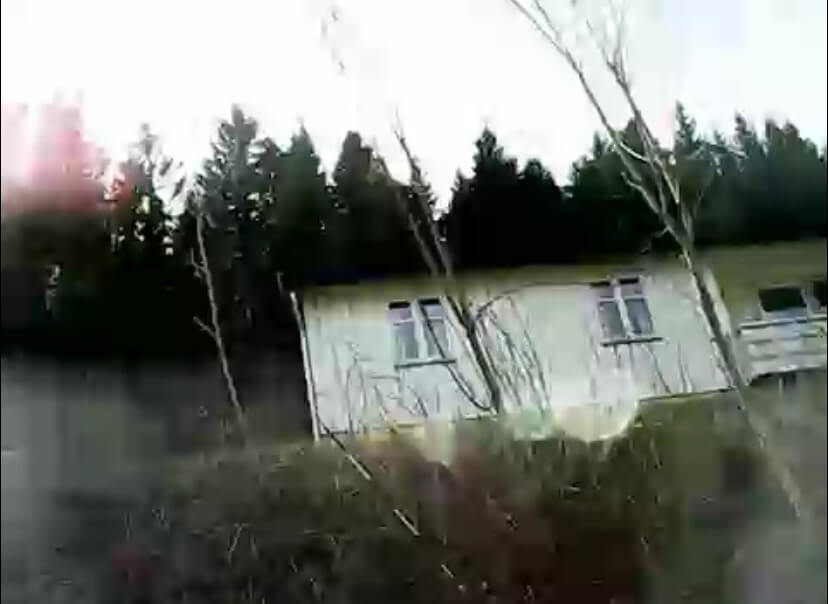 What do you have planned for the rest of 2022?
After my album I’ll be finishing a film I’ve been working on. Hopefully I finish my joke book too but I feel like I might be funnier by next year.