Big Spider’s Back is the alias of Yair Rubinstein, a Durham NC-based artist that has been making electronic music since 2007. Combining reverb-soaked vocals with swirling layers of lo-fi psychedelia, synthesizers and drum machines, his music alternates between soaring crescendos and dense thickets of electronic ambience. Big Spider’s Back’s latest Ssoft EP is available now on Hush Hush Records. 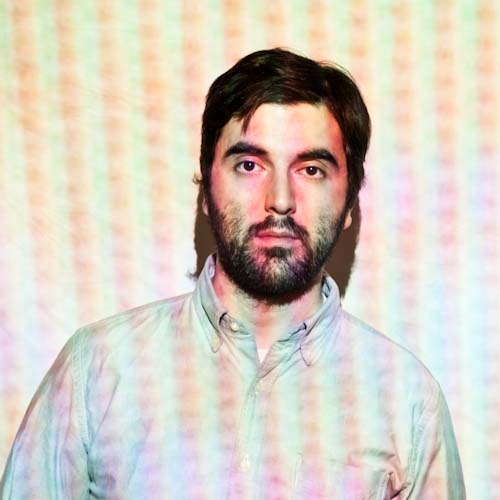 Tell us a little bit about yourself and what you do. My name’s Yair. I make music under the name Big Spider’s Back. I’m also getting my PhD in literature right now.

Top 3 favorite or most visited websites and why?

2) matrixsynth.com – strictly for the true heads

3) jacobinmag.com – clickbait with a Marxist-Leninist appeal

How has living in Durham affected your music? I moved down to Durham from New York a few years ago. I think it’s done nothing but positively affect my relationship to music. The enthusiasm, the energy, the openness to new and weird shit, it really is amazing and inspiring to find communities like that in small towns.

What kinds of things are influencing your music right now? I’ve been playing with this weird concatenation in my head the last few months of mixing hardcore punk and deep house. Not so much literally, I haven’t put down this combination concretely in my music production. But I just like what thinking about this combination of styles does to me; it’s a very pleasurable intersection to imagine. Maybe it comes out in some ulterior way when I’m making tracks. More materially, I’ve been experimenting a lot the last year with my modular synth setup, which has been both endlessly engaging, and a total financial k-hole!

What are some recent, upcoming or current projects you are working on? Right now I’m working on a remix for a band called Ocean Hope, who have an EP coming out on Hush Hush Records. Other than that, I’ve just been cracking away at making new tracks, and hopefully turning them into an upcoming EP. I’ve also been in the planning stages of starting a monthly dance party in Durham with my roommate called #FML. 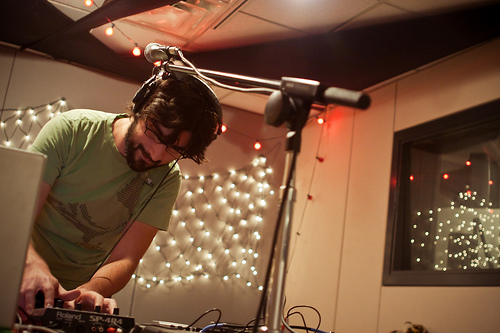 How did your interest in music begin? I think I’ve basically been interested in music since I was a sentient human being. My mom is a classically trained pianist, and my grandfather was an opera singer, so I guess it’s in my blood.

What other musicians are you interested in right now? Carly Rae Jepsen, her new album is pure fire. Also maintaining my steady diet of house, techno, grime. And I’ve been listening more to the classic minimalist composers – Reich, Glass, Riley, etc.

Who would you ideally like to collaborate with? I’ve never been much of a collaborator. But if I had to choose, probably Ghostface Killah. And if he’s not available, Michael Gira.

What’s your absolute favorite place in the world to be? It’s fairly predictable, but it would have to be Berlin. I just spent the last few months there, and it was great. I think what keeps Berlin from becoming a totally anodyne hipster metropolis is the city itself. It’s too interesting to become completely overtaken in that way. There’s too much history, too many spectral residues in the atmosphere to turn it into a Portland, if you will.

Can you share one of the best or worst reactions you have gotten as a result of your music? One of the best reactions I got was after my last show in Chapel Hill. All my friends came down and were really encouraging and supportive. I’m actually kind of disappointed I can’t think of a worst reaction, I don’t think my music is offensive enough. 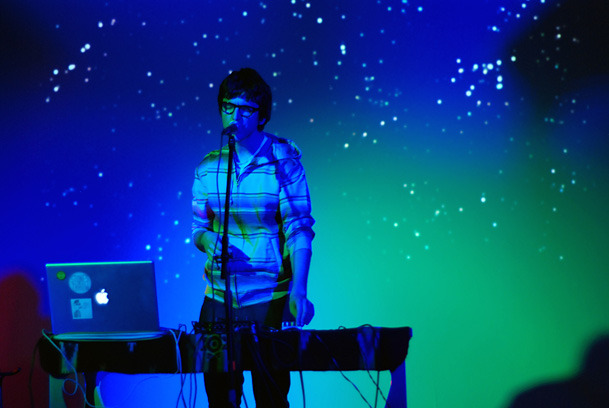