Emily Reo is a nomadic musician, visual artist and community enthusiast, whose work is inspired by the connection of nature and futurism. She creates compositions or ‘synthonies’ through melodic layers mirroring the curvature of mountains and waves, eerie alien-like robotic vocals and retro drum machines that drone like a heartbeat. Her music is both intimate and distant, inviting you to explore her unique world while she remains the not-quite-human tour guide. She is currently on tour from Los Angeles to New York, and in the process of completing a 7″ and working on her second full-length LP following the release of last year’s ‘Olive Juice‘. Come check out her show next Sunday, June 22nd at the Empty Bottle! 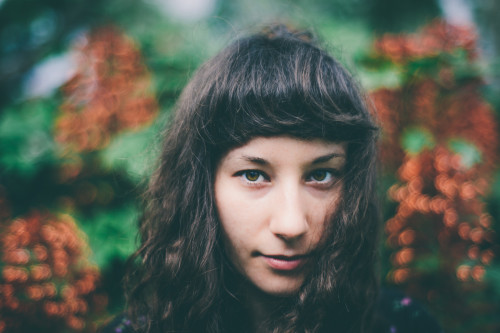 How has living in your current city affected your music? I’ve been kind of nomadic for a while, starting with moving to NYC from Orlando about three and a half years ago. After New York I moved to Boston, then Los Angeles, and I’m en route back to New York for a little while to take care of some projects and figure out where i want to be next. Living in a handful of cities has made it difficult to work without feeling stable and settled, but it’s also provided me some necessary insight into different ways of life that i could have never gotten from staying in Orlando. I also feel most creatively inspired by traveling, so the more places I can visit or experience the better. 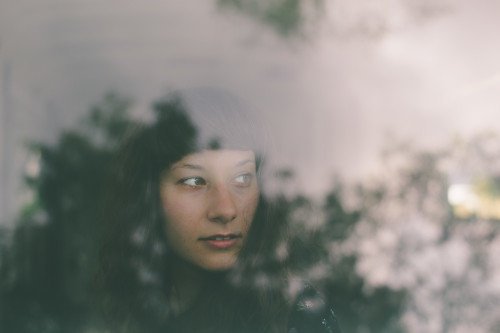 What are you currently watching on Netflix/what’s on your Netflix queue? We’re on the road right now, but I’m super excited to watch season 2 of Orange is the New Black! We’ll be visiting the Grand Canyon soon and I have dreams of setting up camp and streaming the whole thing in front of the perfect view. I think Laverne Cox is such a superhero and it’s been amazing to see what she’s doing for the trans community.
Other than that, I’ve been educating myself on the Simpsons (sadly not on Netflix). I didn’t watch it growing up and probably wouldn’t have appreciated what a HBIC Lisa is when I was younger anyway. Before the Simpsons, I breezed through Buffy, Angel, American Horror Story, Lost, Bones, X-Files (a much slower breeze) and Twin Peaks. I didn’t watch much TV before getting Netflix and learning how to stream pretty much anything else online, so the last few years have been quite educational.

What is one of the bigger challenges you and/or other musicians are struggling with these days and how do you see it developing? The struggles artists are facing today are vast, from general racism, sexism and ageism against both musicians and show-goers to the CEO of Spotify making multi-millions a year while artists make fractions of cents per play. The first part could be improved by general decency and common sense, with the help of safer community spaces. To me, the second part is way more complex. It seems like there’s a super small chance of actually “making it” to a point where an artist can live off of music (especially without going viral on the internet), so it’s pretty terrifying to justify dedicating a ton of time to make music, touring, etc even if it’s what you love to do. By identifying as a musician first and foremost, I have a pretty much constant tinge of guilt, like I’m not being responsible or planning ahead properly for my future, and a parallel fear of making music for the next 10 or 20 years without it ever becoming sustainable. Obviously making music just for money is fucked, but it’s also pretty fucked to choose to do something because it’s what you love and know that unlike a doctor, lawyer, banker etc you don’t have a good chance of just getting a job and being okay.

In some countries, artists are appreciated and even given stipends to help them continue, but in America, art isn’t seen as a priority, it’s entertainment, and not a realistic or professional field to work in. So many artists take exhausting and demeaning service jobs just so they can afford to get by and maybe have a little time to do what they love in their free time—if they have the energy at all. But it’s also really interesting to see how desperate corporations are to be relevant, and how they’re starting to swoop in and pick up independent artists to help their brand. So either things are going to continue this way until all successful artists will be backed by slimy corporate money, or people are going to have to wake up and do their part to dismantle the corporate regime and help redistribute wealth sources. 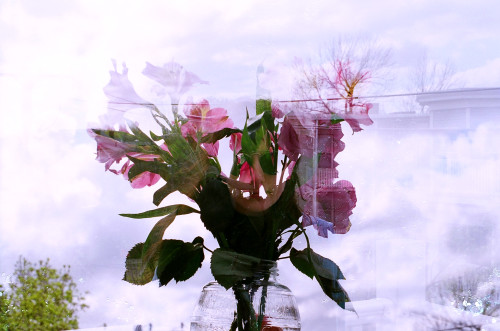 Tell us a joke. A couple years ago my partner Noah told me I should talk to the audience more in between songs, and he suggested that I throw in the occasional joke. I couldn’t think of any, so he told me one. I was playing a big show for Rooftop Films in NYC and tried it out; it was (apparently pretty well known):

“How much does a polar bear weigh?”
“Enough to break the ice.”

Everyone was silent, but after about three seconds someone yelled BOO really loud.

What kinds of music/what musicians are influencing your work right now? Lately I’ve been really inspired by hip hop, r&b and some pop. I’ve been finding more and more to appreciate in music that I avoided for a while out of fear that it was too popular or “generic”, but I think there’s a lot to learn from the production and composition. It’s also extremely frustrating to me that such a large percentage of successful producers are male, and that frustration has made me more interested in learning how to produce myself. I’ve been having a lot of fun making beats for my new material as well as producing some songs for my good friend Yohuna. We have a summer banger coming out real soon and I can’t wait to share it!

How has your music developed within the past year? Since my ‘Olive Juice‘ LP came out last September, I’ve been experimenting with taking my music in a more electronic and accessible direction. I don’t want to give away too much (especially since everything is still a giant work in progress) but if all goes well my current influences will be apparent on my next album, while holding onto some of my favorite sounds glitchy and robotic sounds. 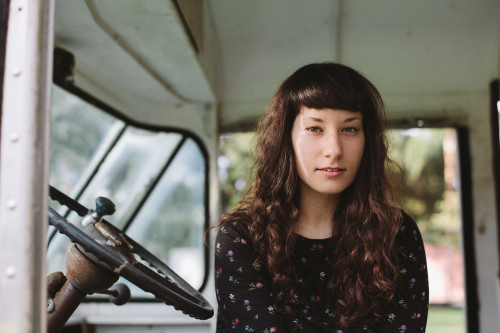 Do you get fan mail? What’s been the most exciting thing you have received from a fan? It’s strange to think of people as fans; I feel like these interactions turn strangers into friends pretty immediately, and I don’t give out my address but i’ve gotten some really heartwarming emails. The best have been ones where people told me they were inspired to start making music after hearing mine. The first time I got one of those emails I started crying really hard. The music the girl had made was so beautiful and it just made everything feel worth it and like I was doing the right thing. I don’t know. I have a million doubts every day about putting the majority of my time and energy into music and even having gone to school for music at all. Most of my friends have some sort of marketable skill they can turn into a career, but with music it’s super hard to navigate—especially while consciously avoiding monetary opportunities from scummy places. But hearing someone start making their own music because of something I did is so beautiful and I don’t feel worthy. 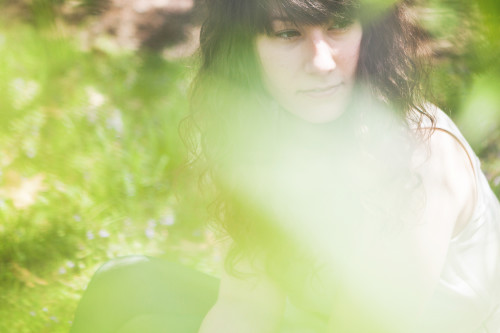 Oh yeah! Noah and I have also gotten some fun gifts at shows on tours. A new friend that we met last year brought shirts she screenprinted with her art for us (her name is Elizabeth and she makes music and art as Neon Glittery; she’s amazing). Last week another new friend brought us a bag full of CDs and DVDs so we wouldn’t run out of things to listen to in the car, and someone else brought us drawings the same night. I got a really cool picture of a cat because I’m a cat!

Are there any music scenes in other cities that you’re excited about? There are soooo many! Last year I did an artist residency with the wonderful site Portals, where I highlighted some of my favorite communities around the country, including my hometown Orlando, Boston, Asheville & surrounding areas as well as some cities in the midwest, but since then i’ve gotten to visit more incredible places. What’s interesting to me is that it generally seems like the most supportive communities aren’t found in the largest cities. It gets defeating living in New York or Los Angeles and playing a show with amazing touring bands to handful of supportive friends and no one else. But showing up in somewhere I’ve never been before like Pullman, Washington or Fayetteville, Arkansas and playing to a packed room of super kind and enthusiastic individuals is so cool and inspiring. And although it’s a bigger city, playing in Montreal was probably the best show I’ve ever been a part of. Besides, being super supportive of touring artists in Montreal is probably my favorite music scene right now. I can’t wait to play with Sea Oleena and gg love towards the end of this tour, both ladies are amazing musicians and such great people. 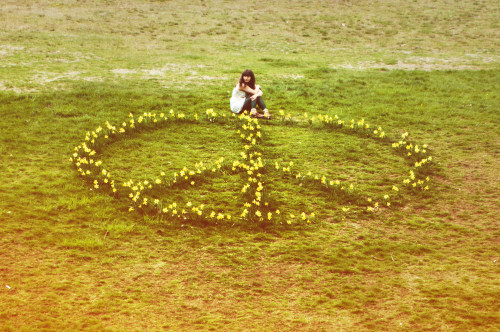 Any upcoming shows or tours we should know about? Why yes, in fact! I’m currently writing this from a coffee shop in Portland on a day off from a tour I am on right now, called Utourpia! Noah (aka Cuddle Formation) and I are heading to New York from Los Angeles on a month and a half adventure. We started in SoCal around mid-May and will be getting in NY on the 4th of July. We’re also playing a super exciting show in Chicago with Young Magic! That one’s at the Empty Bottle on June 22.

Can you share one of the best or worst reactions you have gotten as a result of your music?
After a show someone told me I sounded like a “post-modern Enya”, which I thought was pretty cool O:)