Appendixes is exemplified by a maze of 60s pop song structures, bright lulling melodies, and airy vocals guided by ethereal analog synths and reverbed guitars. The trio creates spacious energy with soaring, electrical, misty sounds propelled by a combination of electronic and acoustic drums. From Portland, Oregon the group consists of Beth Ann Morgan on vocals and rhythm guitar, Eric Sabatino on lead guitar, and Devin Welch on synthesizers and bass guitar. Their first demo EP and 7″ were self recorded and released in 2013. January 2015 saw the release of their ‘Everyday Use’ EP featuring their single ‘Burn’ on Track & Field Records. Their current EP release ‘Fantasy‘ featuring their single ‘Persian Rugs’ was also released on Track & Field Records in July of 2015. 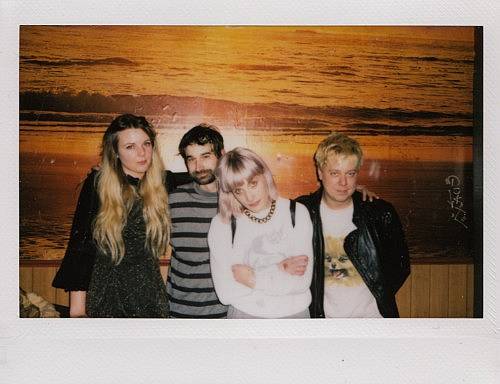 Tell us a little bit about yourself and what you do. My name is Beth Ann Morgan and I play in a band called Appendixes. I also sell vintage clothing and do styling/wardrobe through by brand Zero Wave.

Top 3 favorite or most visited websites and why? For the band I definitely think that I visit Facebook, Twitter and Tumblr the most, with Soundcloud in the runner up category. I visit Instagram more than anything, but that’s an app, not really a website. Right? It is super cool how we have all of these networking tools now to help promote our music, book shows and meet other musicians. I can’t imagine what it would have been like to be a musician 15 or 20 years ago. 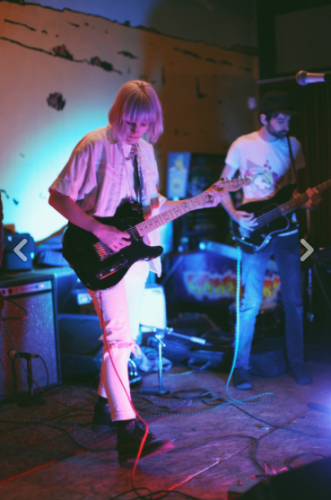 How has living in Portland affected your music? I don’t know if I would be playing music if it wasn’t for Portland. In elementary and middle school I would write simple songs on keyboard to the pre-programmed drum beats on my keyboard, and then through an elaborate set of Talkboys and handheld tape recorders put the music and vocals together. In high school I stopped playing music all together and I was basically a scene “fan girl”, going to every punk show I could. I guess I just didn’t associate my earlier pursuits in recording with the live bands I was so excited to see. I never thought, “Oh, I can play music too.”

When I moved to Portland I continued to immerse myself in the DIY music scene. After a while of living in Portland, and being close with many musicians, I began to realize that the recording process was a big part of what being in a band was about. I started writing and recording songs again on GarageBand in 2008. I posted a few super lo-fi songs online under the name Fraulines. Eric and I had known each other for a while when I told him that I really wanted to start a “band” and then Appendixes was formed. Eric and I decided to start playing music together and created our original sound for a Twin Peaks themed house party where we covered The Nightingale by Julee Cruise.

How long have you lived in Portland and what brought you there? I have lived in Portland for 10 years. I grew up in a small town in the rural eastern Oregon desert called Irrigon. Most of our new video for ‘Persian Rugs’ was shot there. I went to high school in Richland WA, which is where the sight of the Handford Nuclear Facitlity is located. (I think I might be radio active or possibly glow in the dark just a little.) After high school most people either moved to Seattle or Portland.  I chose Portland because I had friends in the music community here. 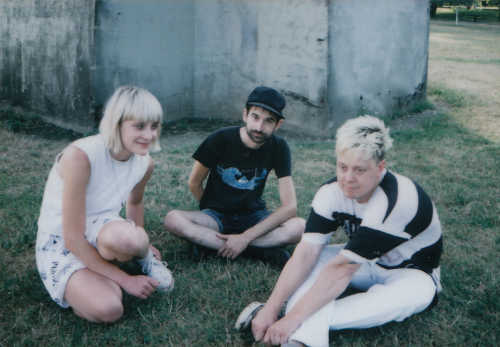 What kinds of things are influencing your music right now? My lyrics and the songs Eric, Devin and I make have always been very influenced by experience, heartbreak, and nature. This year I have been very fascinated with water and the ocean.  Almost every song I have written this year has some sort of references to water. I have also been writing more songs on the bass lately. I think that has really helped me be more creative with the vocal melodies that I write.

Where do you plan to travel next? We are always traveling around the Pacific Northwest playing shows in Seattle, Olympia, Vancouver and Portland. This month we will be doing a California tour. Next year we plan to play a few more festivals which will get us off of the west coast and then hopefully we can plan a national tour as well.  I would also really love to tour Japan and Europe. 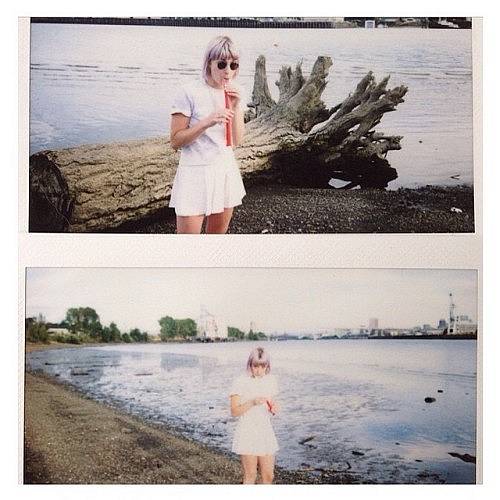 How did your interest in music begin? As a child I was obsessed with late 50s early 60s pop, mostly Phil Spector type of stuff, Lawrence Welk, and The Beach Boys. My parents were always singing, and encouraging me to be creative. Most of my positive childhood memories are associated with 50s and 60s pop. In middle school I was obsessed with boy bands and TLC. On my 12th birthday I got my first guitar and tried to take lessons, but music lessons just weren’t for me. It wouldn’t be until much later that I would actually start writing songs on that guitar. Around late middle school I got Napster and I downloaded every pop punk and riot girl cover of 60s pop songs I could find. I love covers. I guess everything else after that I talked about already. I was lucky enough to have a really cool DIY punk venue in my town when I was in high school. I really encourage anyone in smaller towns and cities to open up all-ages venues. Also bands should really tour to smaller towns if possible. Rural teens need the cultural connection. We will be playing a show in Richland, WA in August.

What’s your absolute favorite place in the world to be? The ocean or my bed. Sometimes I wish I could go back and live in the Portland that existed before Portlandia.

What was your first paying job? I worked as a secretary for the Umatilla Chemical Depot. I took minutes at meetings that were held to inform the public and the media about the storage and destruction of chemical weapons, nerve agents mostly. I made 600 dollars to work 1 day a month. For a 16 year old that is really the ideal payment situation, but it was also very strange, and boring as hell. I kind of wish I had that job today; easy cash. 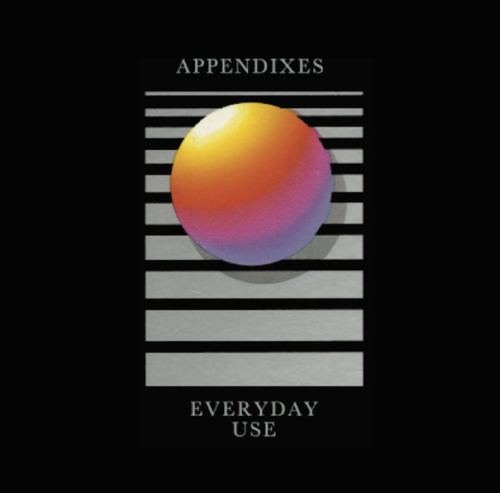 Can you share one of the best or worst reactions you have gotten as a result of your music? This just happened recently. We were playing PDX Pop Now, a music festival here in Portland showcasing Portland musicians, and Devin and I were stuck waiting for a train to pass so that we could go unload the van and set up the stage. A girl who was also waiting for the train came up and asked “Are you Appendixes?”. We responded yes, and she then started telling us frantically about how far she had driven just to see us, and how much she loved our music, all in a super high pitched, very excited voice. I can’t believe someone travelled for multiple hours to see us, it really made my day. 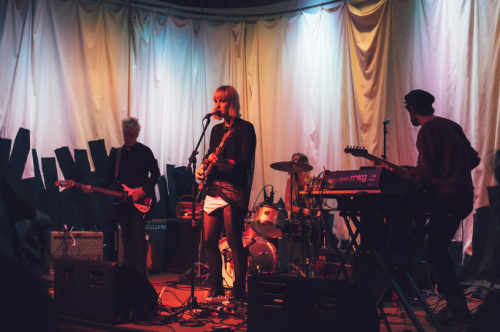