Antoine93 (f.k.a. Dresden Dresses) is not a trained musician. Showing of technical skills doesn’t mean much to him. Instead, he prefers bringing his ideas to life. Antoine Lahaie started making music in his bedroom in 2010 using Garageband. Ever since then, he remained active by putting out music by himself and touring Europe and North America. Four years later, Antoine’s anti-academic work is still focused on the product more than the process, only now a lot more consideration is given to production and songwriting, which makes the project coherent yet still liberal. The young man’s project can be defned as hyper-pop music that is mostly inspired by his understanding of life (so far) and Top 40 music. And yes, Antoine was born in ’93.

“Antoine [produces] strange art pop that makes the absolute most out of the multitude of modern tools at his disposal.” -Dummy Magazine 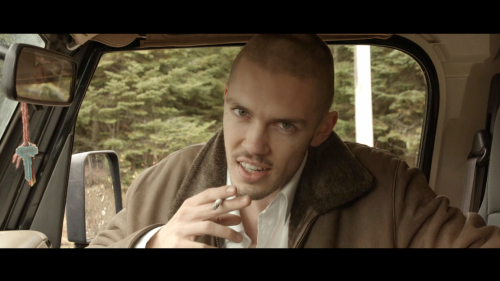 How has living in Montreal affected your music? I don’t know, people here just make/play insanely good music. Like when I go to parties or shows (or raves, whatever) I just notice that people are really concerned with quality. So I guess that just pushes me to make better/better sounding music to make my friends as excited as possible. What’s fun too is that people rarely give a shit what genre of music you make. The people I know are smart enough to recognize good music regardless of which genre or sub-genre it falls into. It’s nice because it gives me the occasion to push some of the boundaries in pop music without weirding people out.

What kind of things are influencing your music right now? Feelings are definitely what my songwriting has been focused on lately. For the first time since I started making music actually. I feel way more attached to my songs than I used to because now it’s about getting stuff off my chest and trying to understand how my brain works. Being in love for the first time is definitely what had the biggest influence on my music recently.

Who would you ideally like to collaborate with? Calvin Harris.

What are some recent, upcoming or current projects you are working on? Maybe Unlock My Heart is coming out in December. I’m really excited about this! Besides, I just finished shooting a video for Extra Strong. Probably my most ambitious video so far. It feels very rewarding to be fully involved in the whole process (pre-prod./shooting/editing). I don’t wanna say too much for now but I can say it was shot in the countryside and it features a sick Jeep and a lot of denim and references to My Own Private Idaho, among other things.

What’s your absolute favorite place in the city/the world to be? On a plane.

If you were a drink, what drink would you be? Tobacco flavoured Mountain Dew (or like black filter coffee).

What were you like in high school? Lol. I was actually pretty normal, had good grades in general. I talked a lot all the time. French teachers liked me. I think people thought I was weird but in a good way. Maybe because of the funny looks I used to have back then.