Cody Hudson is a Chicago-based artist, also known for his graphic design contributions under the name Struggle Inc. His graphic work and paintings have been exhibited throughout the US, Europe and Japan including the Museum of Contemporary Art (Chicago), New Image Art (LA), Rocket Gallery (Tokyo), The Lazy Dog (Paris), & Andrew Rafacz (Chicago). He is also a partner in the Michelin Star rated Longman & Eagle restaurant and a founding partner in the Land and Sea Dept creative group.

Tell us a little bit about yourself and what you do. I’m an old grumpy dad from the Midwest; I do a little of everything right now. Painting, drawing and sculpture are my studio focus as of late while I also spend a lot of time doing graphic design based projects with my studio – Struggle Inc. and I’m also a founding partner in the Land and Sea Dept. creative group.

What are some recent, upcoming or current projects you are working on? I have been spending a lot of time working on steel sculptural pieces; I’ve also started painting more on canvas and focusing on translating some of my more graphic shape based works from the past ten years into more of my personal work. On the LSD side we are in the middle of opening a big restaurant project downtown in the historic Chicago Athletic Association hotel building. 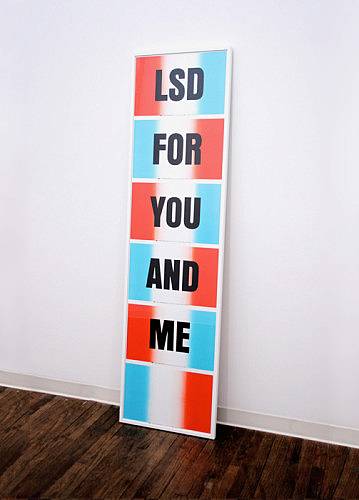 How did your interest in art or design begin? I was always drawing and making stuff, from D&D characters when I was little to making zines and drawing on my skateboard grip tape. It’s always been something I’ve done I just didn’t realize people could make a living doing it until much later than most people.

How has living in Chicago affected your design practice? Living in Chicago affects me more in a mental way then in a visual way. I think the Midwest has a more low key vibe and is less pretentious which helps me get through the day. Also, spaces to work are much more affordable here so having some extra room around me helps my mental state be more positive.

What materials do you use in your work and what is your process like? I’ve been doing a lot of steel sculptures lately. They are picking up where some of the scrappier wood ones used to be, but have a much more permanent and heavy feel to them. I’m also working on some larger canvas paintings with acrylic. My process used to be a lot freer with no plans as I started making work. A lot of this was based on letting the materials really dictate what the final piece would look like and almost removing myself from the process. It is a pretty free way to work but as I’ve gotten older I’m getting a little more controlled with the process and planning things out more ahead of time and leaving less to chance.

Tell us a joke. I’m not a huge joke telling fan, but whenever I see a penis drawn on a bathroom wall it brings a smile to my face. Does that count? 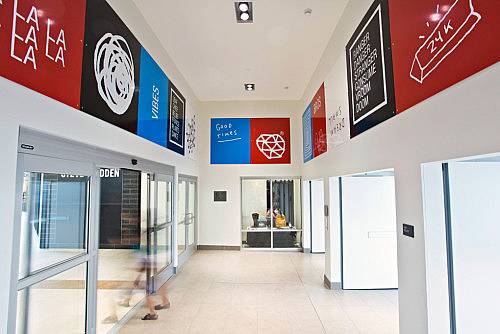 What’s your favorite thing about your city? Hot Dogs.

What was the last show you saw that stuck out to you? I saw the new Cody Tumblin show at Devening Projects last week and seeing his progression to the larger scale works was pretty great to see. 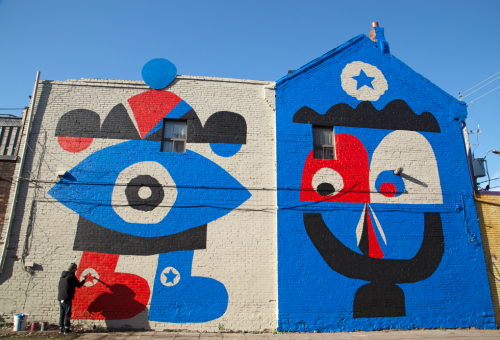 What is your snack/beverage of choice when working in your studio? English Breakfast Tea for breakfast and Maruchan Ramen topped with a piece of Spam for lunch.

What are you really excited about right now? Sleeping.

What are you listening to right now? Do wop, Dub and classic old man music with a healthy dose of Spacemen 3 on top. 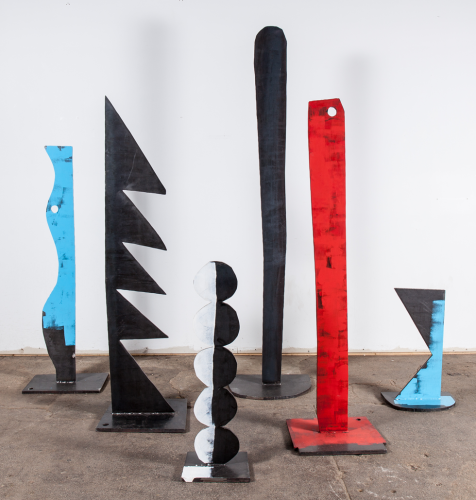 Can you share one of the best or worst reactions you have gotten as a result of your work? Some of my drawings were posted on the website Hypebeast a few months ago and the amount of people getting angry about them and telling me I suck was pretty amazing. I’ve never seen so much anger in a comment section based on a few loose shape based drawings. It was a little intense but also pretty humorous.