What is one of the bigger challenges you and/or other artists are struggling with these days and how do you see it developing?  I think we are in a time where a huge shift is happening in the way we look at and criticize art. It is happening, coinciding with and as a product of our ability to access everything so easily. We are also now able to self-publish opinions and criticism. Now there are voices being heard that never were before, which is amazing. We are in the midst of much more thoughtful criticism but also a call-out culture. I think sometimes making art can feel like walking on eggshells. Sometimes the criticism I see seems to be bordering proposed censorship, and there is a difference between choosing to show certain artists and pieces versus arguing that certain pieces shouldn’t exist in the first place. I think a lot of people are now striving for inclusivity in their shows or collaborative pieces but it often backfires and ends up tokenizing women and minorities. I obviously like being included in shows but when I realize I am the token queer or “female” artist it feels isolating. It’s the difference between being in an all-queer show that is about gender and sexuality and being in an all-queer show that is about literally anything else. I think as a culture with a very limited language we have not figured out how to talk about a lot of things yet, and that is why art is so important!

How important is it for your work to be accessible? It is very important to me! I don’t want my work to be esoteric or exclusive to a small group of people. I think that is why I started working with narrative film, it is a storytelling format that everyone understands. I have a fear people will play my videos then open another tab and forget about them, but I do like to have my work accessible online because it allows you to access a wider, more diverse audience than was ever possible. I have a video review of one of my films on Youtube from a man chugging beers at midnight New Year’s Eve 2016 living in the middle of nowhere, and that would have never been possible if my film was not online.

As a performer, you are both the image and image-maker. Can you talk about the role of personal identity within your work?  I like using my body in my work because I make work about desire, sexuality and my experience moving through the world. I like to be objectified, I like attention and I also think I enjoy humiliation to a certain degree. Using my own body as a vehicle to create images has always made the most sense for me. 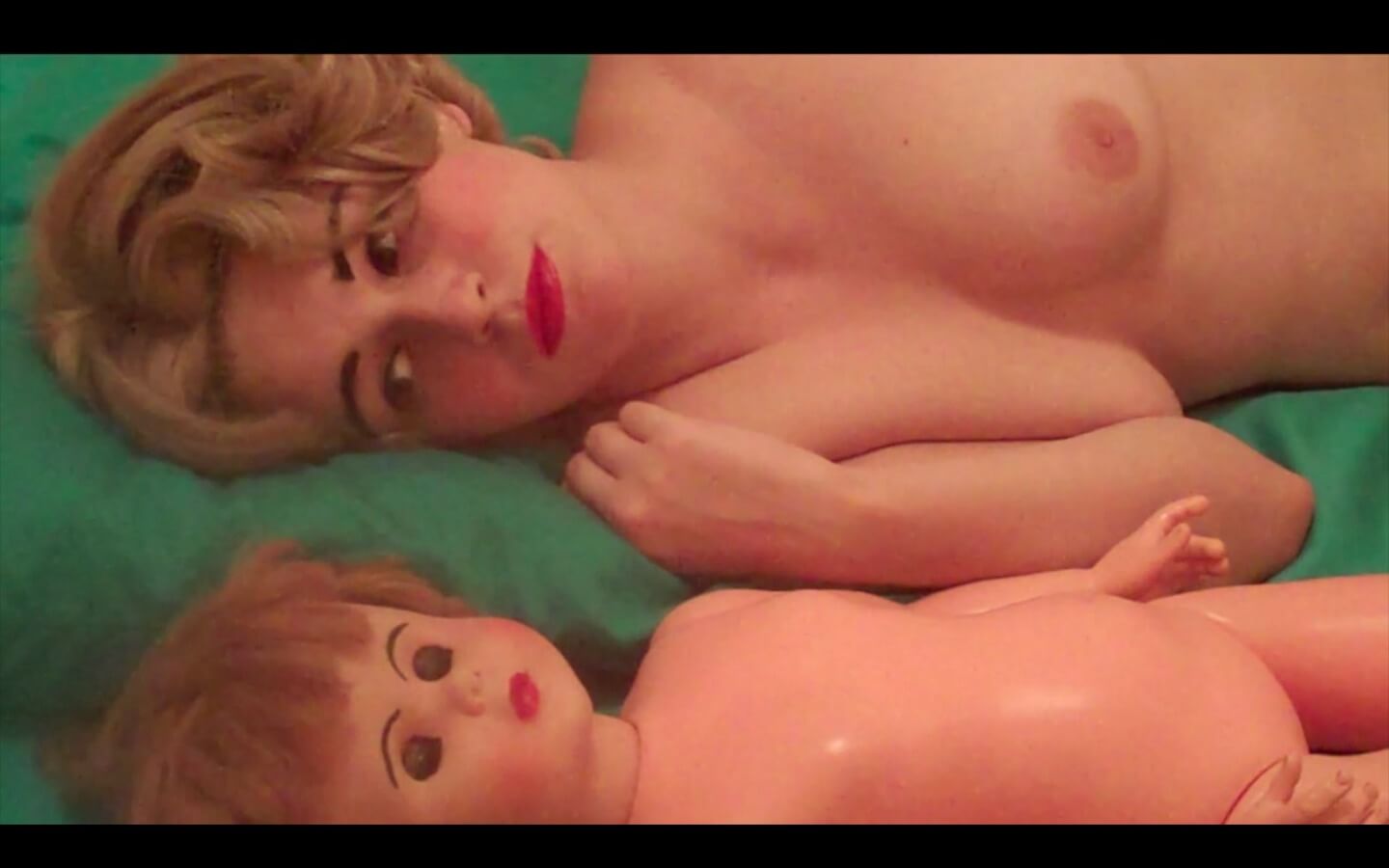 How did your interest in Drag begin? Can you tell us more about GLAMHAG?  I have always been interested in performing femininity. And there are many pictures of me in high school dressing up as a man with my friends and I was always cast as a man in the school plays. Presenting feminine has always felt like drag to me. I have always felt inspired by drag queens, but up until the past few years I felt really excluded from the genre. It can be a very limited art form and often a boys-club. There are definitely more queer drag scenes that are inclusive. . . but I am honestly so sick of talking about gender. I am ready to move away from drag and stop using that word entirely. That doesn’t mean I won’t be dressing up, I just don’t want to focus on what gender I currently am or what gender I am masquerading as. I just want to be fabulous and grotesque and ugly and beautiful.

What artists are you interested in right now?  I am really inspired by my friends making work in Chicago: Heather Lynn who has a musical project called Pure Magical Love. Sarah Squirm who has a comedy show at the Hideout called Helltrap Nightmare. Jill Flanagan who performs as Forced into Femininity. Alex Grelle who stars in their own show at the Hideout called the Grelle Duval Show. Mary Williamson who has the wildest performance alter-ego names Slick Mick Willy and also hosts the Fly Honey Show. My friends Adam and April who are a newly-wed performance duo called Antibody Cooperation. A performance artist by the name of Feldspar Rhodochrosite. Many of my friends also make up a Butoh collective called Burning Orchid that makes amazing performances.

What’s your favorite thing about Chicago?  Chicago is a really special place. There seem to be a lot of synchronicities that happen to people here. The scenes are really inviting and people have a positive attitude towards making work. I think Chicago being in the midwest provides an interesting mix of friendliness, comfortability and classic puritan repressed sexuality that makes for interesting art and people.

What do you do when you’re not working on your art?  When I am not making art I spend my time manipulating men into giving me money.

What are some of the best or worst reactions you have gotten as a result of your work?  I used to get “fun” and “cute” a lot which was annoying but doesn’t happen as much any more. Someone once told me that my work is unapologetically femme and loud and I liked that a lot.

What do you want a viewer to walk away with after seeing your work?  My goal is to lure people in with eye-pleasing aesthetics and comedy, make them comfortable, then confront them with something uncomfortable. I want people to question their opinions.