ASSK was launched in Paris in 2012 by Australian born duo Agatha Kowalewski and Sarah Schofield. Finding a gap in the Parisian market for affordable but high quality clothing, they took one designer’s experience in luxury design and mixed it with the other’s sports obsession to form the brand ASSK. The brand is the result of the international life of it’s founders, a interconnected world with no boundaries. Being heavily inspired by subcultures, teams and modern day communities, the brand is all-inclusive, and not bound by country or gender. 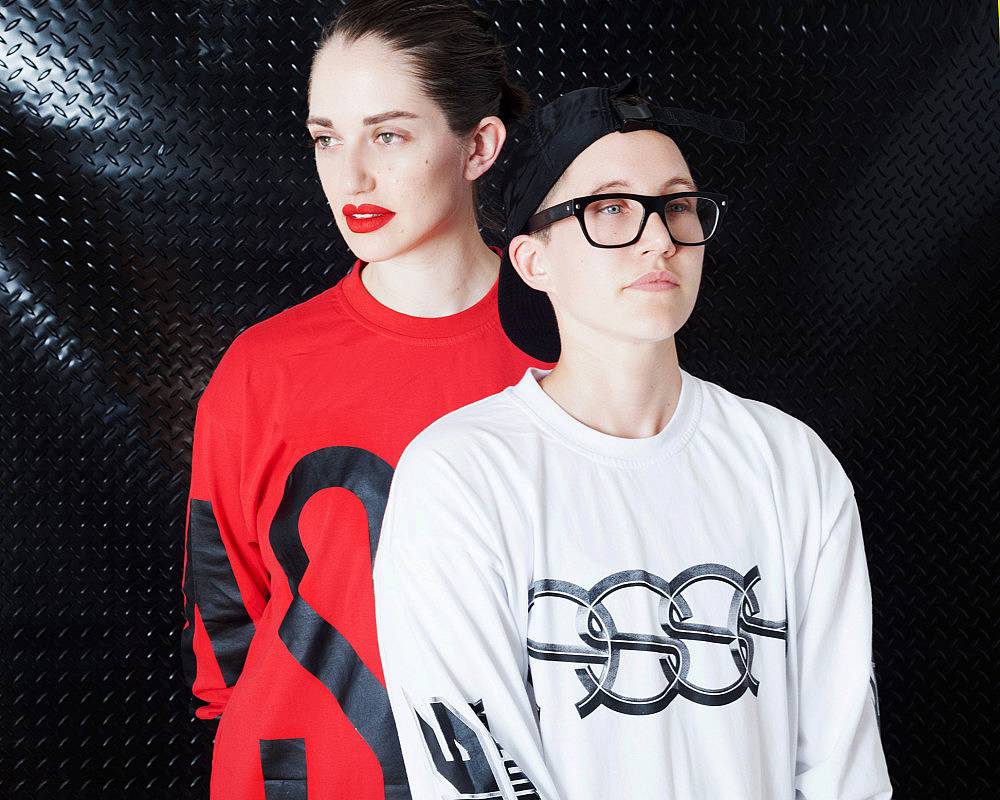 Tell us a little bit about yourself and what you do. We are Sarah Schofield and Agatha Kowalewski, we run a unisex brand called ASSK, based in Paris.

How has living in Paris affected your work? Paris was a big reason we started the brand, because at the time we were both working here with big brands, but could never have afforded the clothing we were working with, and there was no other affordable brands in Paris that we liked. But in the last two years Paris has had a transformation and it feels like a young and exciting city again, which is giving us new energy to continue with the brand.

What kinds of things are influencing your work right now? In our most recent Spring / Summer collection we took inspiration from people who believe they have become allergic to modern technology, and choose to live far from cities in foil lined homes which they make themselves. We are huge believers in technology as a positive force, but know many people believe it’s going to cause humanities downfall. So we were inspired by this and the idea of surviving in a post-technology world, having to communicate and unify people in a world without boarders.
We are always interested in pop culture and movements which are happening now or in the future, we are never interested in looking back at the past. 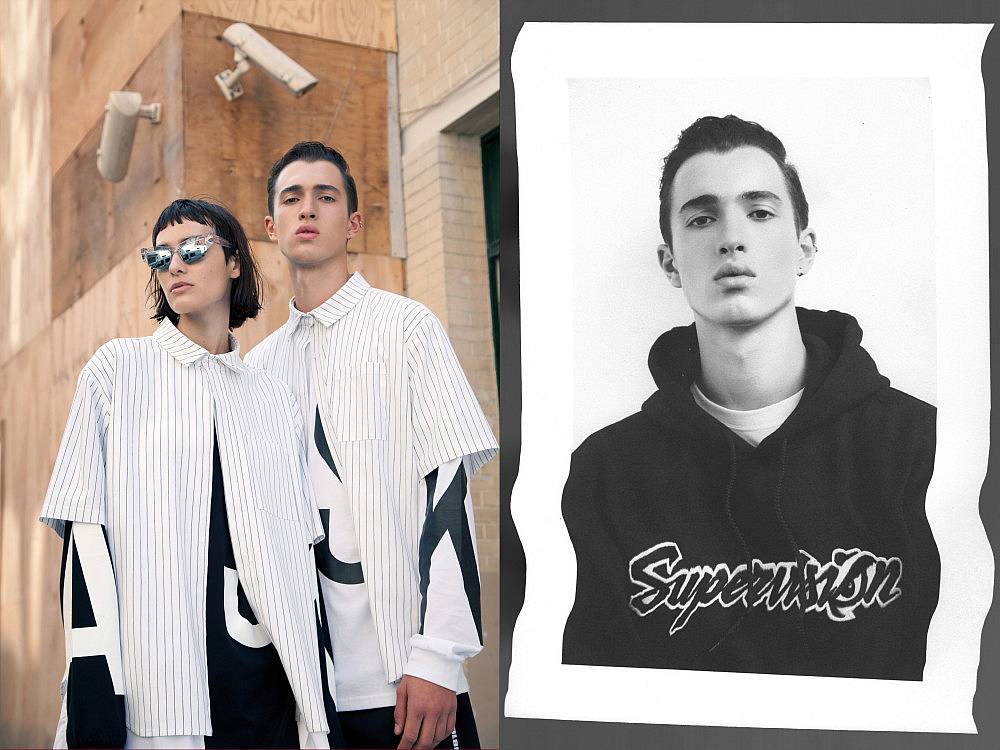 What’s your absolute favorite place in the world to be? New York! We love to visit the city, we have so many great friends there, and love the energy. But there is also this strange sense of loneliness, being in the middle of so many other people, so it’s nice to have the feeling like it’s just the two of us alone.

What are some recent, upcoming or current projects you are working on? We are currently working on where we are going to take ASSK next. We really fell into having a brand; it started as a fun project between us that snowballed unexpectedly with success. Since then we have been running to catch up. We want to try and get back to focussing on design and working with other interesting people. Sharing and collaborating with different creative people would be the dream.

Where do you plan to travel next? Recently all our travel has all determined by work, having to travel for fashion weeks or for our production. But if we could choose any destination it would be Japan; neither of us have ever been but would love to go. Tokyo was also the first city where ASSK was ever sold, which was a wild feeling, selling to people we had never met in a country we had never been to. 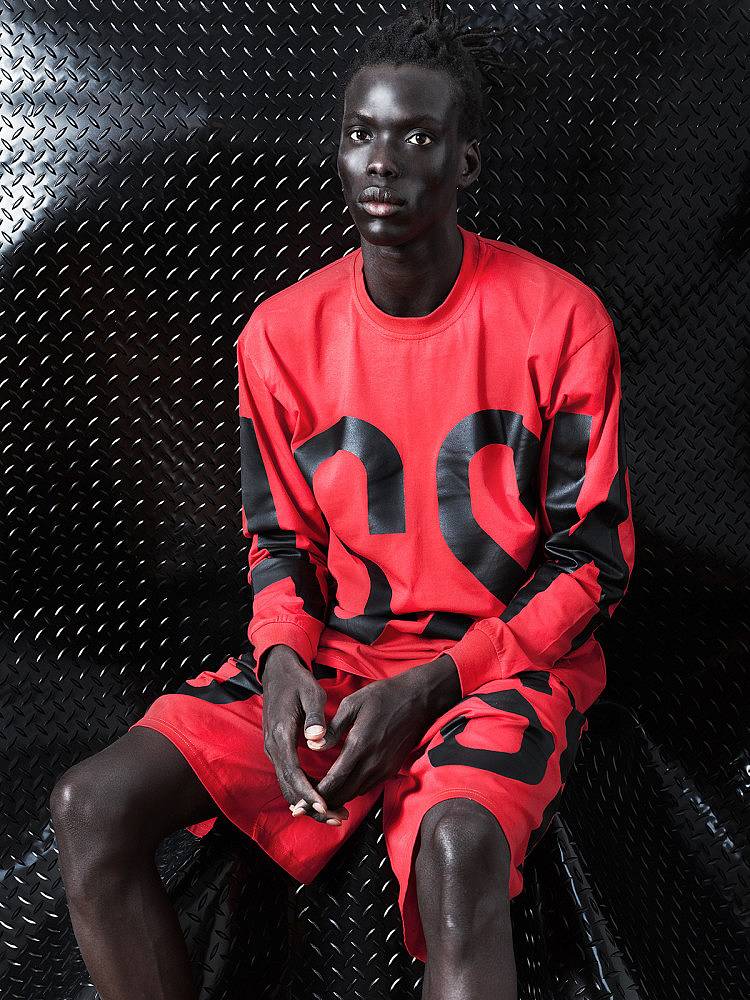 What was your first paying job? I think Agatha’s first job was stacking shelves at night in a supermarket at 14, and she still says that was the one of the best jobs she ever had! For me it was as a teenager selling clothes I had made myself, which was probably the first steps to ending up running a brand now.

What do you collect? Nothing! Because we have been moving around so much, and live in such small spaces so we try not to collect anything. That being said, I have boxes of fabric I just can’t part with and Agatha has an impressive collection of balls for every sport imaginable.

How long have you lived in Paris and what brought you there? I (Sarah) have lived in Paris for six years. I originally came here to study my Masters and then worked in luxury brands in accessory design, with houses like Dior, Louis Vuitton and Versace. Agatha moved to Paris 4 years ago after we met at a party back home in Australia. She wanted to travel and live somewhere new and originally was working as an assistant stylist. 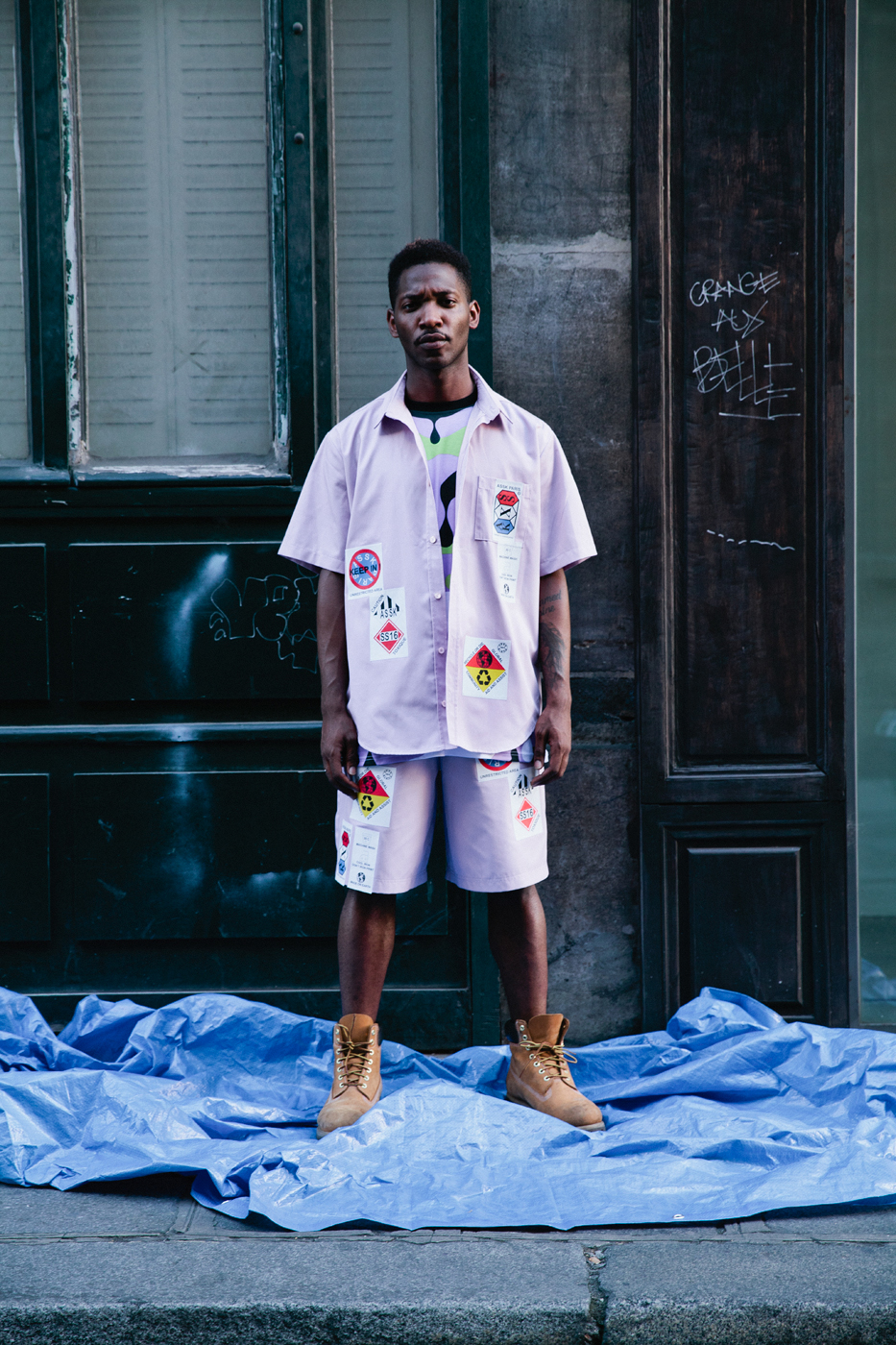 What do you want a viewer to walk away with after experiencing your work? We want ASSK to not be so serious, our clothes are supposed to be fun and easy to wear, but in an underlying way we are commenting on serious things. We want people to look at our pieces and like them, but then look close at the small details and be like ‘huh, that’s interesting’.

What were you like in high school? I was very imaginative and loved doing art projects; I grew up on a farm and was a bit isolated because of this. I was super tall and I think pretty shy. Agatha was a tomboy with pink hair, she was outgoing and independent. She spent a lot of time reading The Face magazine and hanging out with friends. If we had known each other back then we might not have been friends, but the fact we are still pretty much opposites is one of the reasons we work so well. 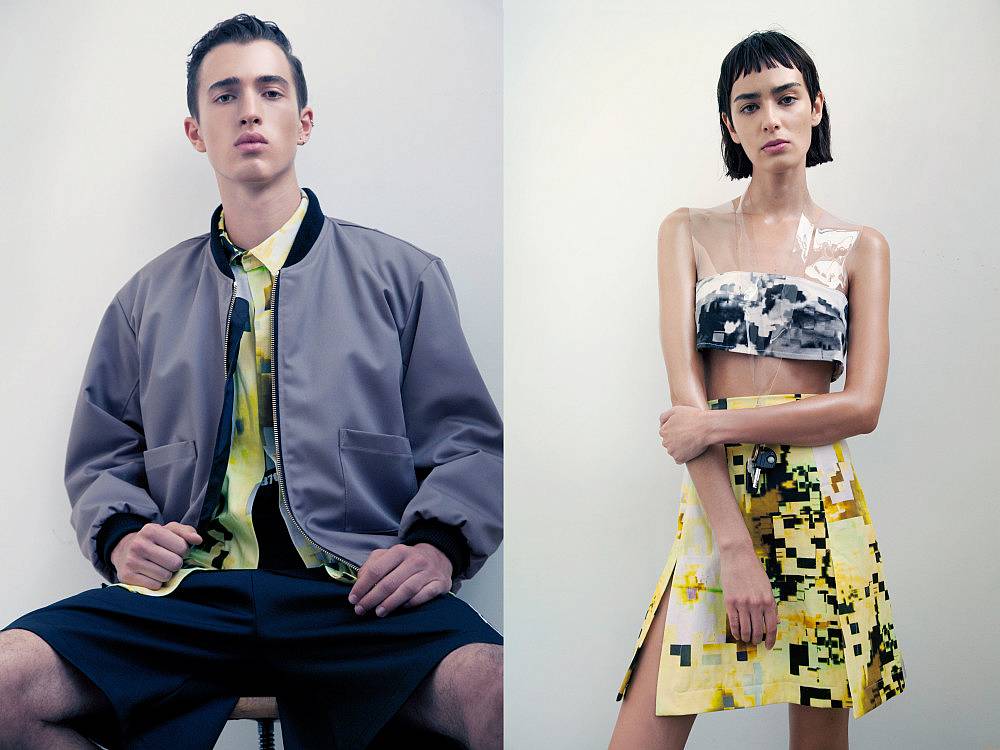 Can you share one of the best or worst reactions you have gotten as a result of your work? ​The worst reactions are really the best! For example, with our Apocalyptic Forest print, which was a take on the traditional Real Tree pattern, twisted with trash and SIM cards. So many people were trolling us saying we had copied Walmart, which was kind of amazing. Taking something which is at once so iconic and so generic, and changing it to comment on society, and then society not even getting it was even better! We were just thinking, not everything is so first degree, open your eyes, look closer! It’s good to know our inspirations are strange and maybe people don’t instantly understand them, but the people who get it really love it. 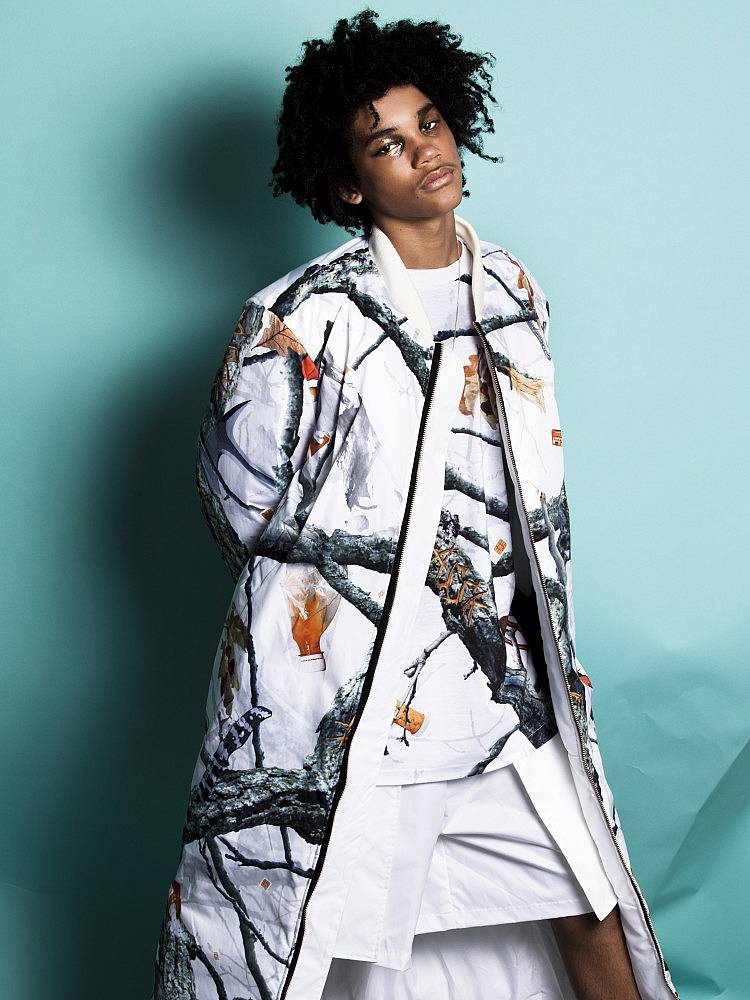