I am an artist, writer, and curator living in New York. I was born in Krakow, while Poland was still communist. Two days after my parents and I moved to the states, my grandmother received a letter from the government prohibiting me from leaving the country. It’s hard to imagine what life would have been like, had I not grown up in Chicago and my family been forced to stay in Poland.

Your paintings are so whimsical and playful but dense in their materiality. What draws you to the subjects you depict in your work?

The subjects I choose are typically mined from clichés, stereotypes, and archetypes. Using these clichéd subjects allows my ideas to be easily communicated to the viewer. I often like to flip the script on how the viewer expects the story to play out, and in doing so I’m playing with the societal and pop-cultural stereotypes that are ingrained in our minds. The sex kitten is often viewed as a docile, subservient creature that exists solely for the purpose of male pleasure. I’ve taken that idea, and reversed the role completely. My cat women are predatory, independent beings who are driven by their own needs and desires. 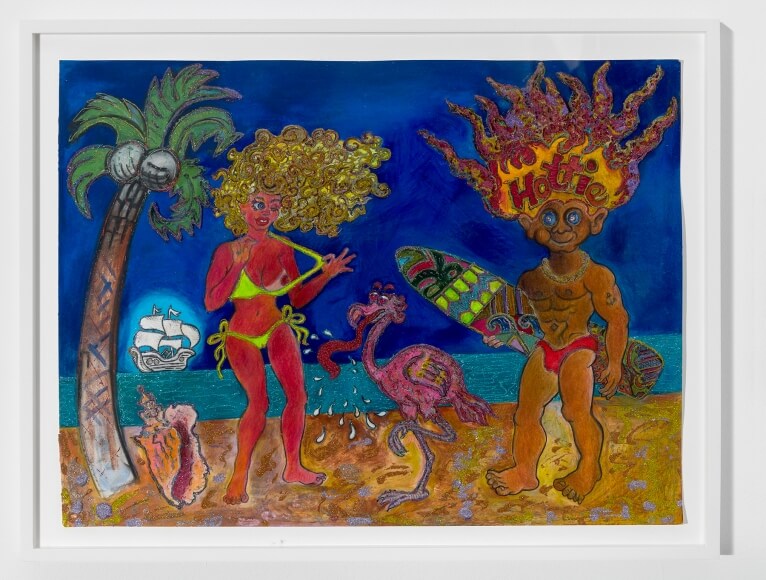 I make drawings, paintings, sculptures, and now prints, too. Each medium presents it own set of advantages and challenges. The one constant within all the work is that I tend to work on a piece until I love it. Sometimes the process of finishing a work from start to finish is immediate, whereas other times it takes years to finish. I also enjoy experimenting with and pushing materials to their limits, because I love surprising myself with what the work can morph into. Usually I start with a specific idea, that’s satirizing a real or imagined event. I use that general idea to help me focus and maintain the vision that’s in my head. If while working on the piece, I have a better idea, I change course and run with that instead. My process and ideas are very fluid, and always move in the direction of whatever is best for the work.

I see a lot of Hairy Who influence in your depictions; do you have a relationship to their work?

Since I grew up in Chicago and went to SAIC for undergrad, it would be difficult not to be influenced on some level. Several of my professors played a key role in the Imagist movement, however I had limited exposure to Hairy Who specifically, since that was a small group of six artists that fell under the broader umbrella of Imagism. Karl Wirsum happened to teach at SAIC, however I never ended up taking any of his classes. Instead I studied drawing under Barbara Rossi, who was a leading member of the Imagists and who introduced me to movement. My art history professor, Denis Adrian was responsible for bringing national acclaim to the Imagists, through his articles in Art in America. Adrian never discussed his pivotal involvement with the Hairy Who or the Imagists with me, and I didn’t know just how involved he was until reading about it very recently. 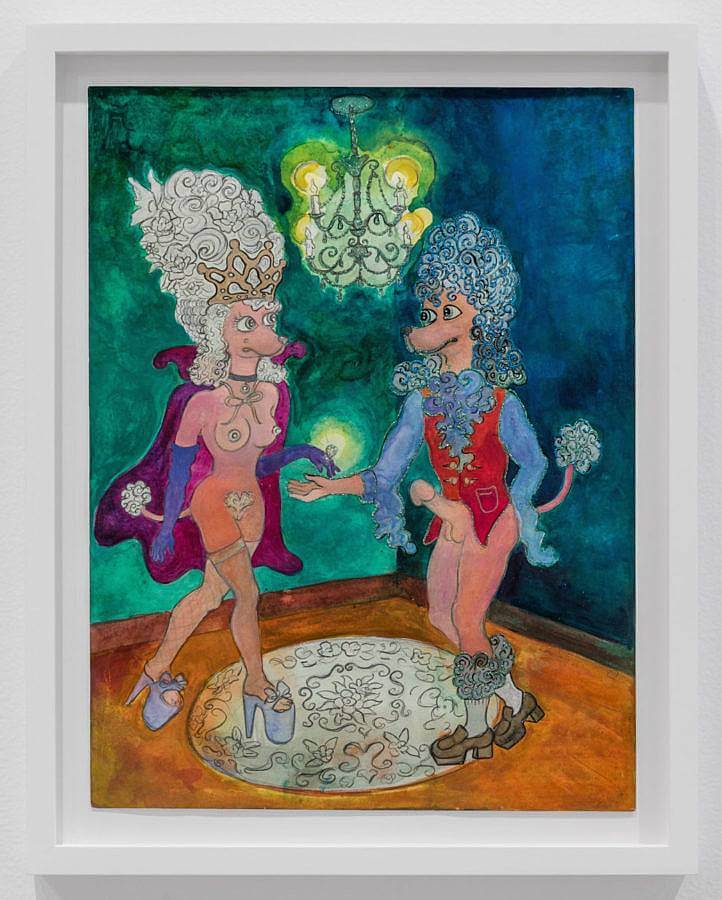 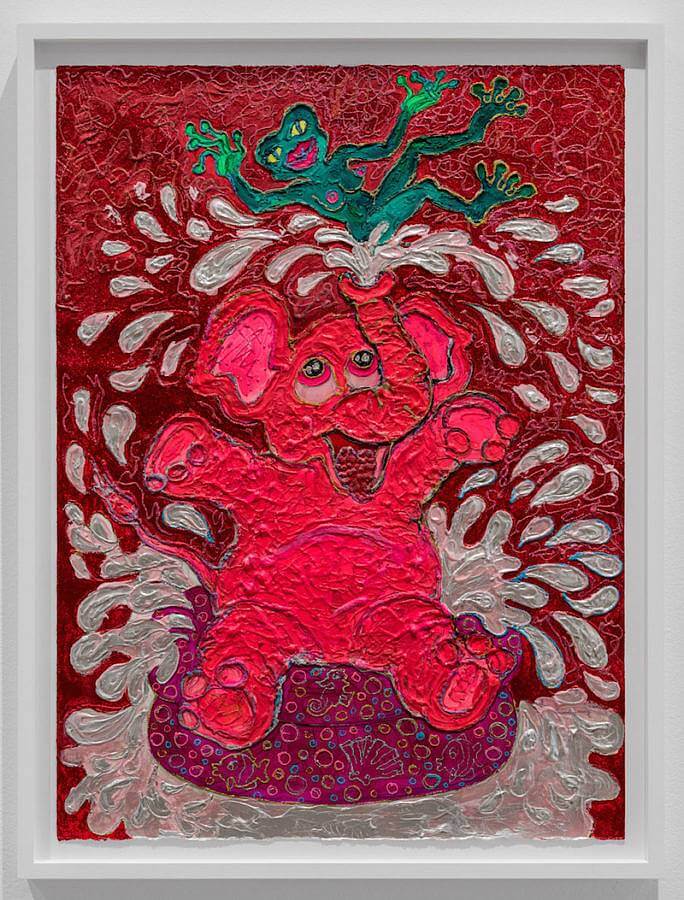 Do you see your work as political?

In the broadest sense of the word, it is political. There is an overt feminist theme that runs throughout the work, especially since the female characters in particular are strong, and independent beings that live outside the confines of societal expectations and norms. That being said, the characters are still messy, complicated, and multidimensional. People’s sexual fantasies are hardly ever politically correct, and since all my work deals with desire, it often does not abide by the rules of polite society. My work often taps into the dark side of human nature, and the ways in which people express aspects of their sexuality that are otherwise hidden in daily life.

What’s your favorite piece you’ve ever worked on and why?

My favorite piece changes day by day and week by week, because it’s whatever I’m the most excited about working on at any given moment. I rarely look back on past accomplishments, since I’m more interested in how the work can evolve and change.

How has living and working in New York affected your practice?

I’ve been living in New York for just over a decade, and I barely remember what life was like before living here. Artists often say that the space in their work becomes more congested after moving here, and I would say that that’s also true for me. Many of the environments I construct for my characters have an urban feeling to them, however since so much of my life was spent in Chicago, it’s difficult to discern how much of that comes from living in New York. 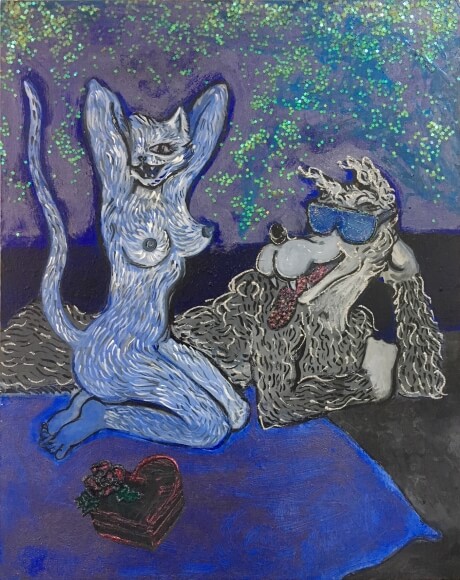 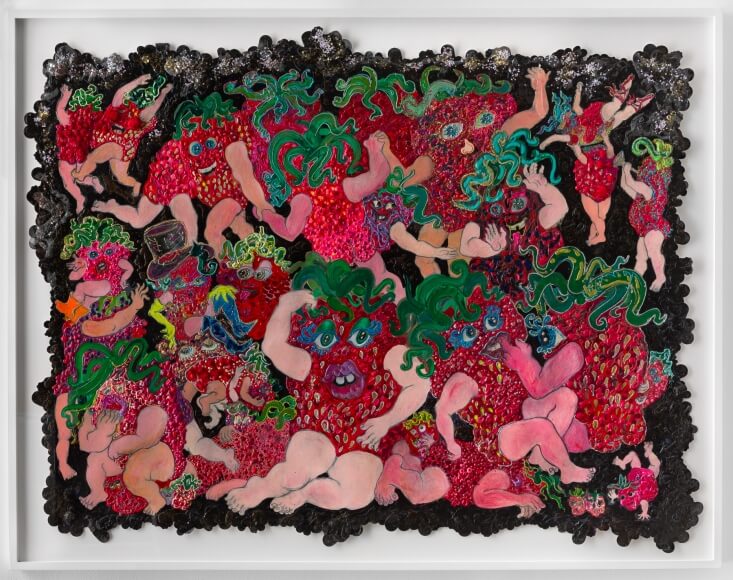 Stuart Lorimer organized a beautifully curated show at Safe Gallery that just came down recently. It was called “An eye that tried so hard to see one particular thing that it ended up forgetting everything else.” It was a very witty and inventive show, that featured artists that I already loved such as Richard Bosnan, Emily Davidson, and Samara Golden, as well as introducing me to the work of Elizabeth Englander who makes these fantastic figurative assemblage sculptures that use everyday objects in unexpected ways.

What are you working on now? Any major changes happening in the studio?

These past few months I’ve been learning how to make etchings. I thrive on learning new things, and it has been absolutely wonderful. I had forgotten how much I love being a student. It’s completely changed the way I approach painting, too. Trying a new medium, stepping out of my comfort zone, and reevaluating my methods, has been revelatory. 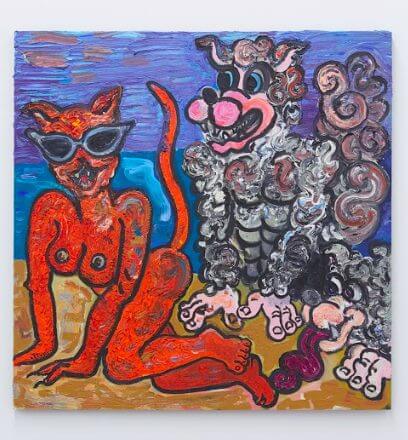