I acted in an late night HBO series titled, Random Acts Of Flyness, created by Terence Nance, it was a lot of fun. Every episode is amazing and bizarre. My character is cool, I like her. I will be showing a new piece at Americas Society (New York) in a group exhibition titled Lydia Cabrera and Edouard Glissant: Trembling Thinking in October, a solo show at Freedman Fitzpatrick Gallery (Paris) in December and another solo show at The Wattis Institute (San Francisco) in January 2019. 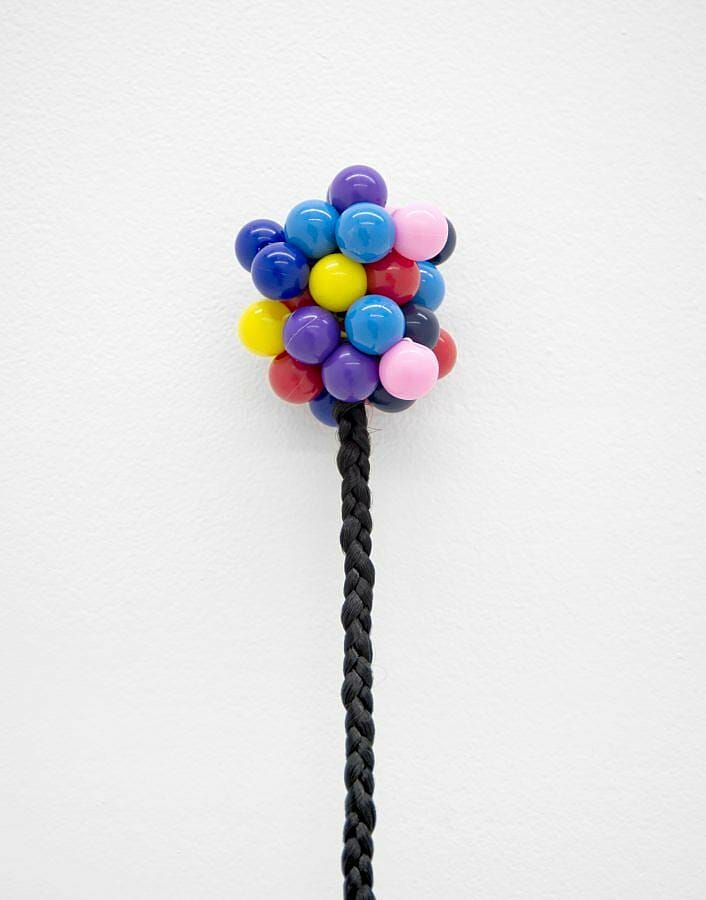 I usually work with found objects and fibers. My process starts with journaling then I sit with the idea for a while thinking of possible ways to tell a story through an object.

I had an interest in art when I was child. My Grandma Granny gave me my first journal when I was six years old. I think people started to show more interest in me and in my work after I was in Martine Syms‘ video, Notes On Gestures, and my first solo at Eggg Gallery in Chicago. 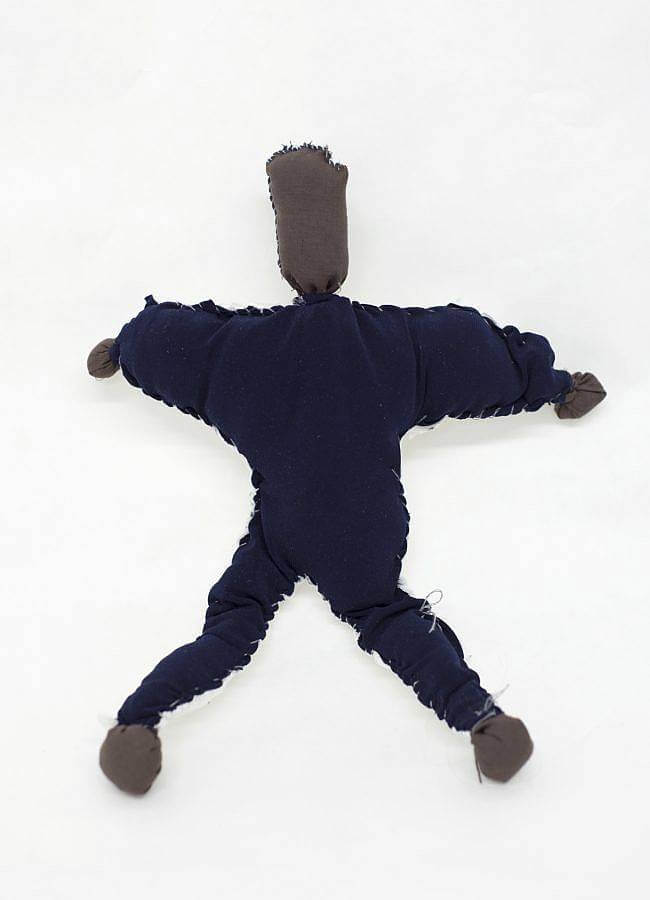 What was it like growing up in Chicago and now being based in NYC?

No matter what city I’m in, I’m on my own and I have to work hard even if no one is watching in order to survive. I think growing up in a city like Chicago in the environment I’m from taught me that.

I saw an exhibition in San Francisco titled Something (you can’t see, on the other side, of the wall from this side) cast a shadow at SOMArts. I admire David Hammons a lot and have a great respect for Senga Nengudi. 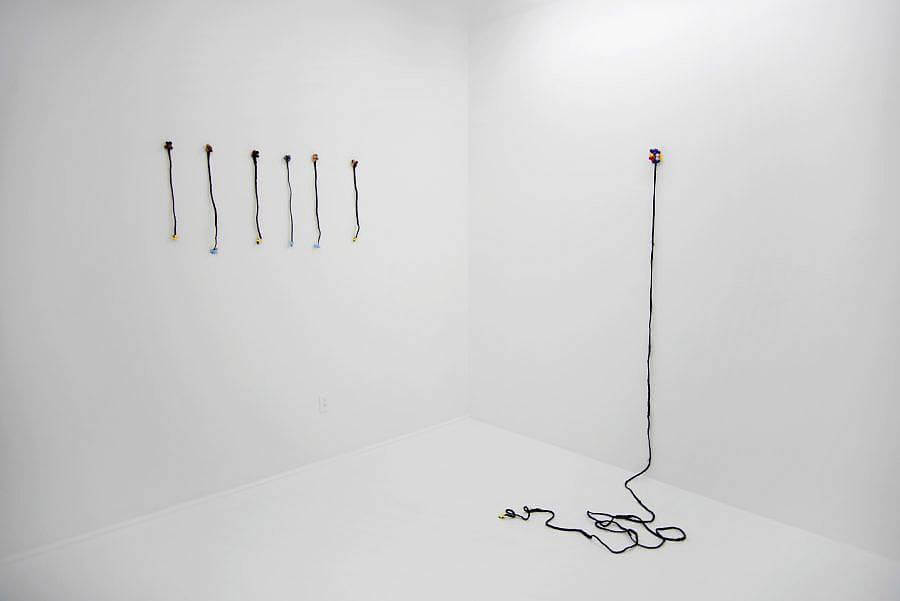 I am tired of talking about issues White people and non Black POCs should be researching themselves and discussing amongst themselves. I am not the voice for every young Black artist. To me this is a major challenge. I think it’s changing because less Black artist are willing to explain themselves or our work. We don’t have to. A challenge is people not admitting their own anti black views and behaviors. There’s a false wokeness in the air, I think it’s dangerous.

My workspace is my bedroom. I work from my desk I set up in the corner of my room. It has my books, journals and sewing machine. My studio assistant is my roommate’s 10-year-old cat, Lychee. Lychee has taught me to be tidier and more organized so he can have a place to lay near by. 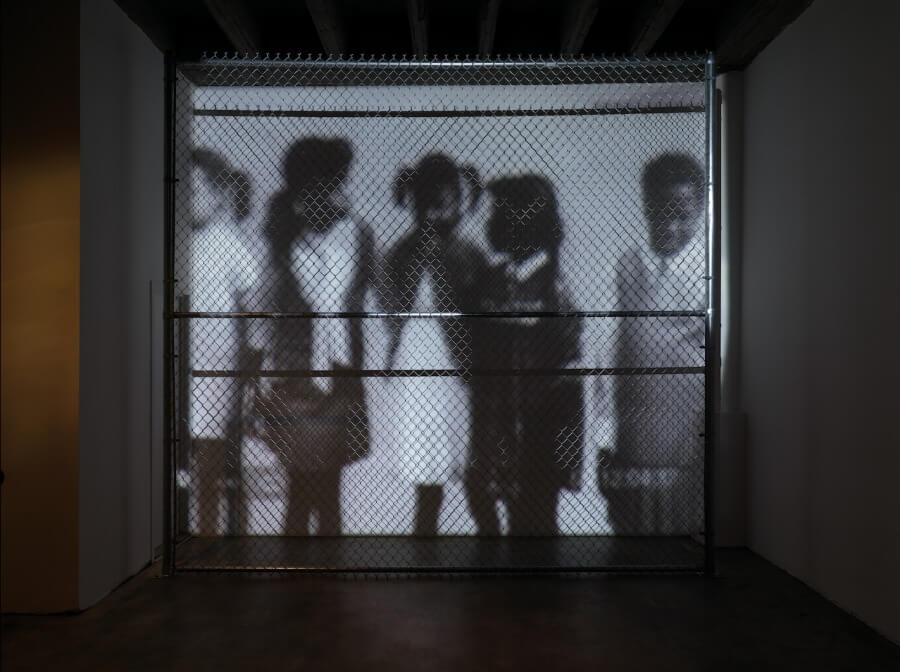 What do you want a viewer to walk away with after seeing your work/ reading your poetry?

Whatever they want to walk away with as long as they feel something, it doesn’t have to be a good feeling. It’s okay if I piss some people off.

What the best advice you’ve ever received?

I was in the fifth grade and I wanted to be in a singing/dance group with the popular girls in my class. They said I couldn’t be in it because they had too many girls in it already but I heard one of the girls say, “Diamond can’t sing, don’t let her join.” I was hurt and locked myself in my family’s bathroom to cry after school. My dad came to the door to ask me what was wrong. I told him what had happened at school. He quickly said, “Fuck’em, go solo.”

It was too late to audition by myself but that stuck with me.

Most days I will have to “fuck’em and go solo.”

Do my thing so others like me know they can do their thing too.