Lisa Rock is an artist who lives and works in Oakland, California. She was born and raised in Massachusetts. She received her BFA from the Rhode Island School of Design in Painting and received her MFA in studio art from the University of Nevada, Las Vegas. In July of 2013, she was an artist in residence at the Vermont Studio Center. She was recently included in the 27th Annual Juried Show at the Contemporary Art Center in Las Vegas, which was juried by Mary Leigh Cherry co-founder of Cherry and Martin in Los Angeles.

Tell us a little bit about yourself and what you do. I am a painter who works mostly on canvas and silk. My work draws from decorative imagery that falls somewhere between representation and abstraction. My process involves airbrushing, stenciling, and dyeing. 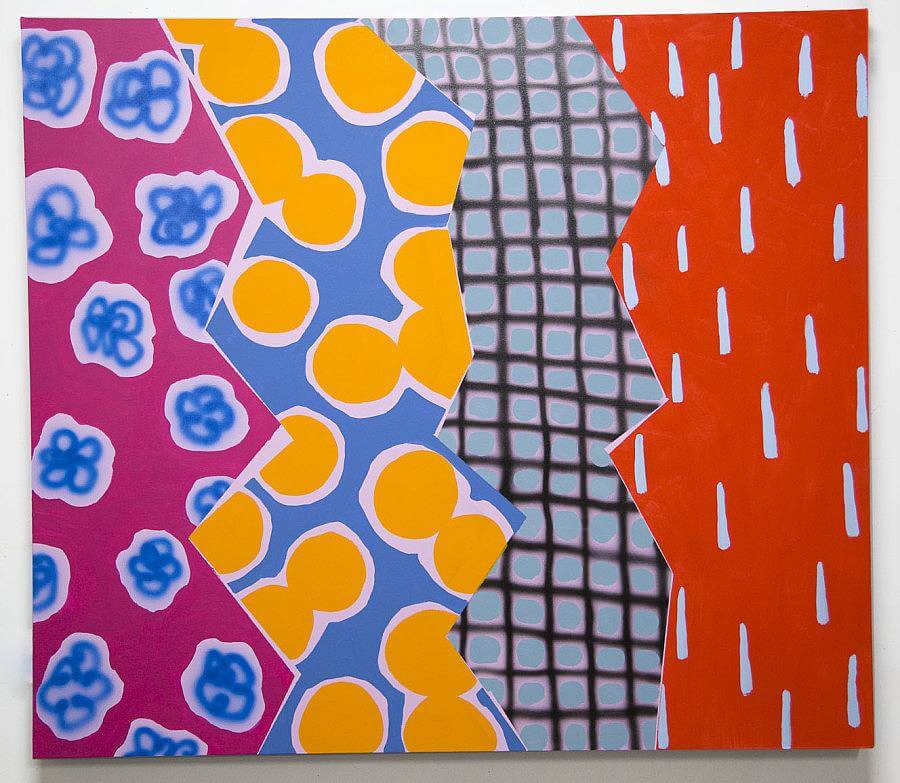 What are some recent, upcoming or current projects you are working on? I am trying to develop a series of paintings on canvas and silk that are derived from little digital and physical collages.
I am also in the process of curating an online show for the NIAD Art Center, which is a visual art program for adults with disabilities. The show will be up and running on June 22nd. They have also just invited me to show my own work in their Annex Space in March 2017. The Annex Space provides their artists direct access to contemporary art, which is great because many of them are unable to go to galleries or museums and can only view work through books and magazines. I am really delighted to be involved with NIAD; some of the work that comes out of there is very inspiring.

How did your interest in art begin? Everyone in my family is artistic in some way. Both of my grandparents on my mother’s side were very interested in art. My grandfather, who was an Armenian taxi driver in San Francisco, was obsessed with Frank Lloyd Wright and built two houses trying to replicate his style. My grandma was a potter and had an amazing studio in their home in Ashland, Oregon. My dad is an excellent wood worker which was passed down through the generations. My two sisters and I were always encouraged to draw, paint, and build. Looking back its a little insane I was allowed to use a jigsaw by myself at age six. I started oil painting when I was around 10 or 11 after religiously watching Bob Ross. I made a lot of paintings with not so “happy trees”. 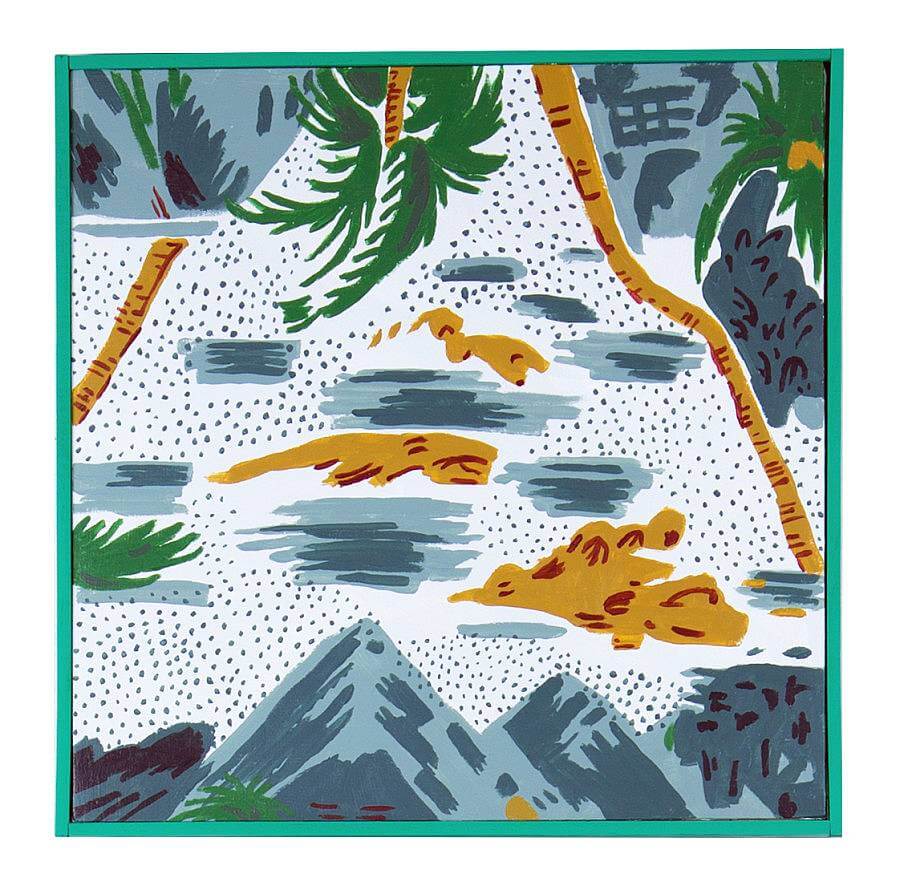 What are you listening to right now? A lot of podcasts. Marc Maron, Benjamin Walker’s Theory of Everything, and I highly recommend Michael Shaw’s, The Conversation, which focuses on the contemporary art world. Also, Prince… rest in paradise.

What was the last exhibition you saw that stuck out to you? I just saw Laura Owens’ show, Ten Paintings, at the Wattis Institute in San Francisco. She basically transformed the gallery into a painting you could walk into, which consisted of screen printed wallpaper, sound installation, and thick globs of paint applied directly to the wall. It was also interactive; if you found a little newspaper ad hidden in the wallpaper you could text the phone number and it would respond by playing sounds. A lot of the wallpaper imagery seemed to be drawn from playing around in photoshop which I am often doing to get inspiration for paintings.

What’s your favorite thing about your city? Lake Merritt. Even though its nickname is “the lake of a thousand smells”, it’s a beautiful oasis in downtown Oakland that always makes me feel at peace. I love watching all the bird action there. 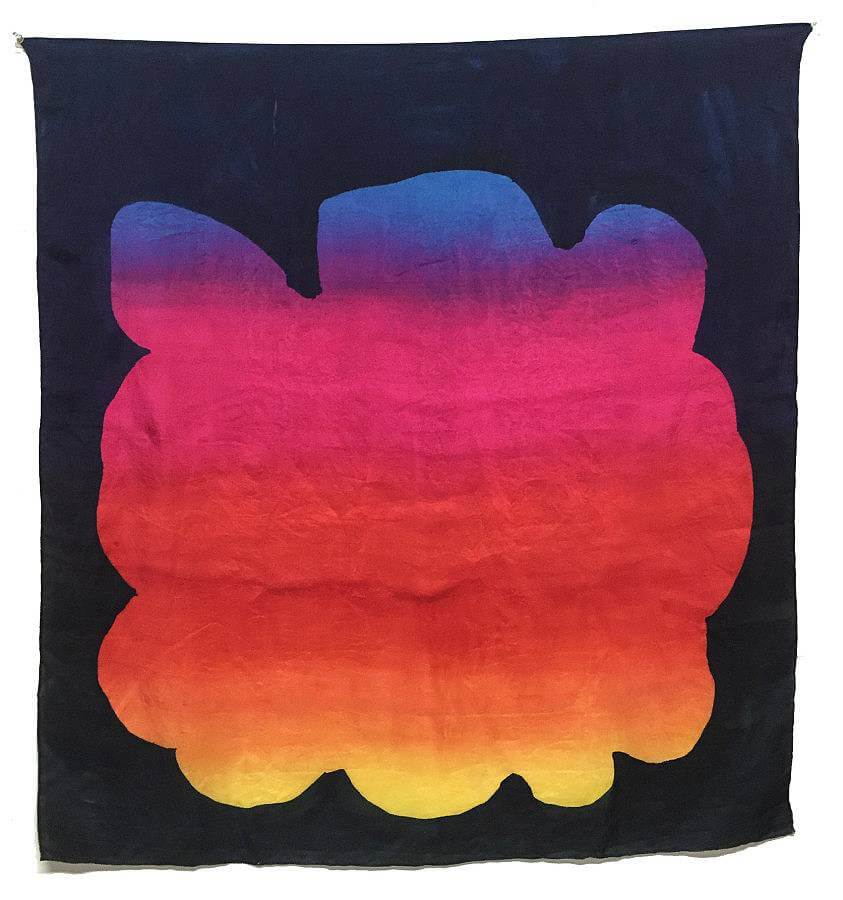 What is your snack/beverage of choice when working in your studio? Lime sparkling water and Chester’s Flamin’ Hot Fries.

What do you do when you’re not working on art? I am a big fan of walking around and just taking things in. Also, I am working on a side project with my boyfriend called Art Object Megastore. Our dream is to make small art objects and sell them at affordable prices. It is slowly being realized through our Etsy store. 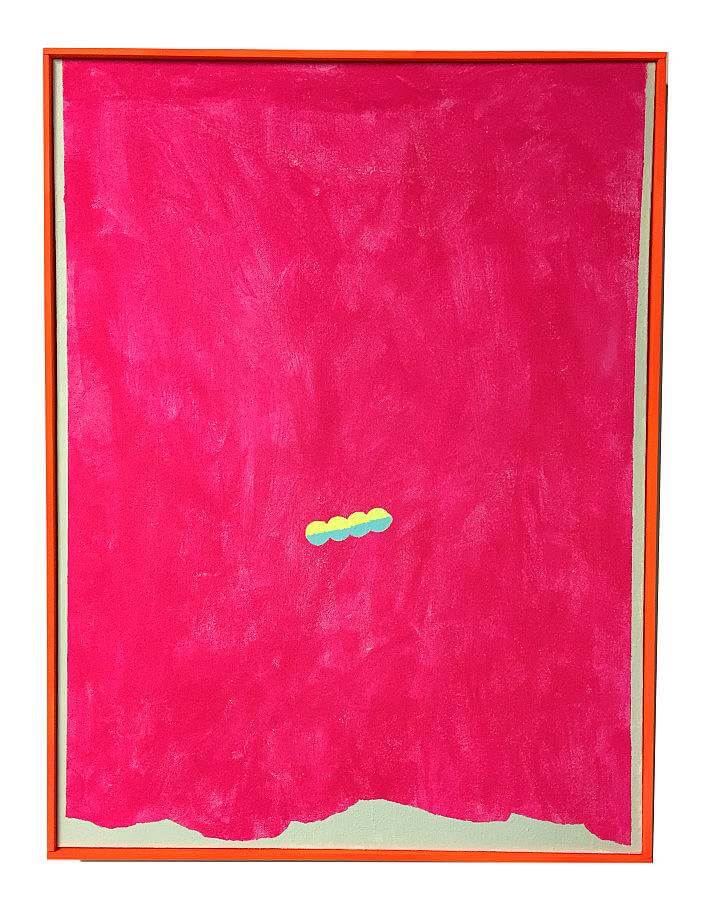 Can you share one of the best or worst reactions you have gotten as a result of your work? In grad school I had a terrible studio visit with Llyn Foulkes. He told me he’d seen tons of work that looked just like mine and done a lot better. It was painful to hear but kind of comical in a weird way. I guess at least he was being honest. He also hated Richard Tuttle, whom I love, so I suppose we just have very different tastes.