Chris Wiley is an artist, writer, and curator. He has written essays for numerous exhibition catalogs, and is a regular contributor to Frieze, ArtForum.com, and Kaleidoscope, where he is also an editor-at-large. He has worked on numerous exhibitions at the New Museum of Contemporary Art in New York, was an assistant curator on the 8th Gwangju Biennial, and served as a curatorial advisor and head catalog writer for “The Encyclopedic Palace” at the 55th Venice Biennale. He is represented by Nicelle Beauchene Gallery in New York, and has recently shown his work in exhibitions at Marian Goodman Gallery in Paris and MoMA PS1. 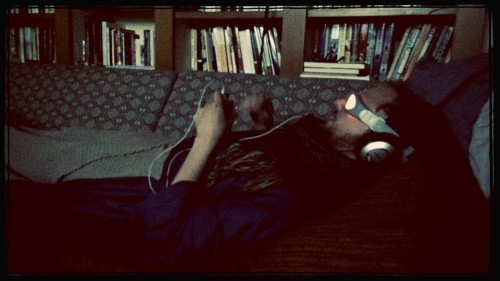 Tell us a little bit about yourself and what you do. I came to photography very early on, when I was in junior high, and have remained devoted to it pretty much since then. Looking back, it’s actually kind of surprising that I took it as seriously as I did. But as with anything, there have of course been some serious detours along the way that have changed the nature of my work. Perhaps the most complicated of these was my somewhat accidental development of a career as a writer and curator, which has allowed me to write for a wide variety of publications and exhibition catalogs, and work on a host of shows alongside Massimiliano Gioni, most recently “The Encyclopedic Palace” for the 55th Venice Biennale. On the one hand, this unforeseen career track almost derailed my work as an artist, since the traction I was gaining on that side of things was so great, and I was pretty dissatisfied with my work at the beginning of the shift, but once I got my work into a place that I was happy with, during a trip that followed after my work on the Gwangju Biennale in South Korea in 2010, the experience of being asked to think and write about so much disparate, incredible artwork proved to be tremendously enriching. Currently, I’m working on two concurrent projects about Los Angeles that attempt to embody the alluring perversity of the place, and perhaps say something about America in the process.

What is one of the bigger challenges you and/or other artists are struggling with these days and how do you see it developing? I’m not sure if this is something that my peers and I are struggling with in a particularly intellectually rigorous way, but certainly an issue that has been beaten to death in conversation recently is the rise of the collector class’ fetish for dull process based abstraction, which seems to have trickled down and become the default mode for savvy MFA students looking to make a bid for what is perceived as “relevance”. This is unquestionably bad for art. Of course, this trend is part of a larger one, namely the art world’s increasing focus on the interests of speculators, those who wish to purchase cultural capital, and spectacular, “bread and circuses” approaches to art. This has lead to what appears to be a triumph of art fairs over exhibitions, gossip and hype over serious writing and criticism, and flash and bombast over poetry and depth. On the other hand, the tremendous interest in art that this huge influx of capital has generated over the past decade and a half is not a bad thing, and many artists are now able to make something approaching a decent living who otherwise would have been left out in the cold. In terms of development, then, I’d love to see a shift away from a boom in art that looks and acts like money, and a greater focus on works that pose difficult questions or stake out challenging positions. Unfortunately, this seems unlikely to happen without the shock of another financial collapse like we had in 2008, and that would turn out badly for everyone.

What artists are you interested in right now? I am hugely interested in the work of my friends, who are a continual inspiration to me. I could name them, but the list would meander and I’d be afraid to leave anyone out. One astute friend once observed that your art is only as good as your conversations, and I couldn’t agree more. Beyond that, I just spent a number of hours in the Sigmar Polke exhibition at MoMA, and was really floored. His constant, restless invention is humbling.

How has your work developed within the past year? In the past year or so, my work has developed pretty rapidly. I have been making pictures in Los Angeles, where I still live part time, that use a similar aesthetic language as my previous work, but I have started to pay much more attention to my works as fully integrated objects, designing a different frame for each photograph. I call these works “Dingbats”, which is a term that was coined to describe a kind of low-end faux Modernist architecture that proliferated in Southern California and the South West in the 1950s and 60s, and also a pictographic font often used as a placeholder. As a nod to the architectural environment in which they were created, the frames are covered in low end materials used for building and interior décor, like brightly colored stucco, Formica, industrial carpet, and the like. In some way this development was a baroque elaboration of my earlier body of work “Technical Compositions” for which I designed a plywood box frame that each of the works would be displayed in, but my newest project, “Wingdings”, takes the logic of the “Dingbats” series to its absurd endpoint, dispensing with photographs altogether and substituting materials in their place.

What are you really excited about right now? Over the past couple of years I have become really excited about the profound technological upheavals that seem bound to occur in the coming decades. I’m no Singularian, but I still harbor hope that these upheavals will change things for the better, or at least help us avert ecological disaster. Also, psychedelic shamanism.

Any current or upcoming shows we should know about? Currently, I have work in a group show called “Taster’s Choice” at MoMA PS1 that was curated by Christopher Y. Lew. On the 23rd of May, I’m going to open my second solo show at Nicelle Beauchene Gallery in New York, and I will be participating in group shows at Brand New Gallery in Milan and Marianne Boesky in New York this fall.

If you hadn’t become an artist what do you think you’d be doing? I’d almost certainly have been a writer. Hopefully one that could make a living.

What are you listening to right now? I’ve been on a big Alice Coltrane jag recently. She’s just mind blowing.

Can you share one of the best or worst reactions you have gotten as a result of your work?Recently, I was in one of my shows and saw a couple of women taking pictures of their kids in front of my work. That was certainly up there.

What is your ideal studio situation/workspace? I am pretty sure it’s going to be in my house in Woodstock, New York but I haven’t moved in yet. Country living.